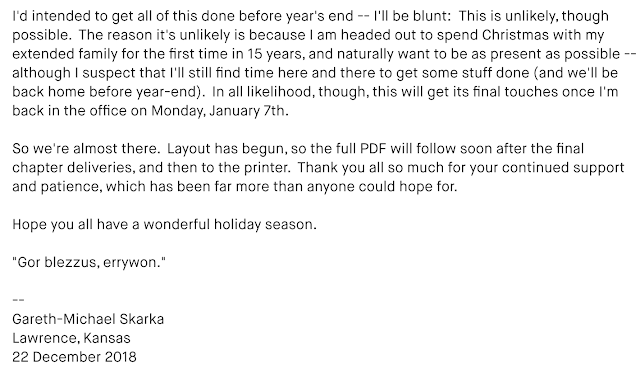 As I type this, Gareth has tweeted six times in the last 23 hours.

As I type this, Gareth has posted ZERO Kickstarter updates for Far West in the last SIX plus months.

Maybe he's been trying to track me down so he can punch me in the throat and hasn't had any free, non-tweetable time ;)

I'm so glad Gareth thinks "it's just a game!" and cares not about the nearly $50k he took from backers and is coming up on 7 1/2 years late. Damn, that's practically a record for incompetence.

Now, if you follow Gareth on Twitter, you'd see he is now promising a release "sometime this year".

Why not share that on the Kickstarter page itself? Kinda disrespectful of the backers if you ask me.