Kickstarter - Reaping at River's End for 5e and S&W RPG 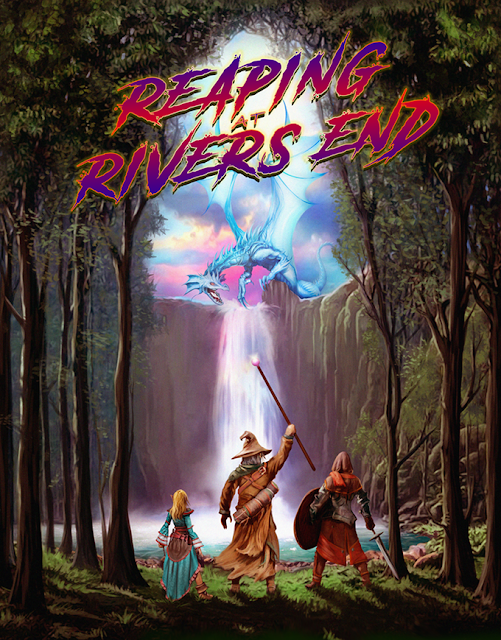 The town of River's End has lost its mage, Mortimer. Rumor has it he has fallen into the dark arts. Aid the people to save River's End!

So, what is Ben offering us?

This adventure module is meant to be a strong challenge to those who attempt it. I was raised in the old school gaming community, so I do enjoy the challenging aspect that RPGs provide. The player characters (PCs) will be up against a strong enemy and his forces. They will also have to resolve the mission in a timely manner because the harvest of the Dragonberry is soon approaching. If they do not successfully track down Mortimer and either learn his secrets or get him to help, the people of River's End may all die. Since this is being written for two separate game systems, certain encounters, traps, and/or mechanics may be subject to change to fit the system well. However, all content, story, and missions will be the same.

I'm very glad to hear that the 5e version and the S&W version will be tailored to the systems in question and not a sloppy direct port between the two. I support his :)

10 bucks in digital, 20 bucks for softcover print plus PDF (about 5 bucks to ship)