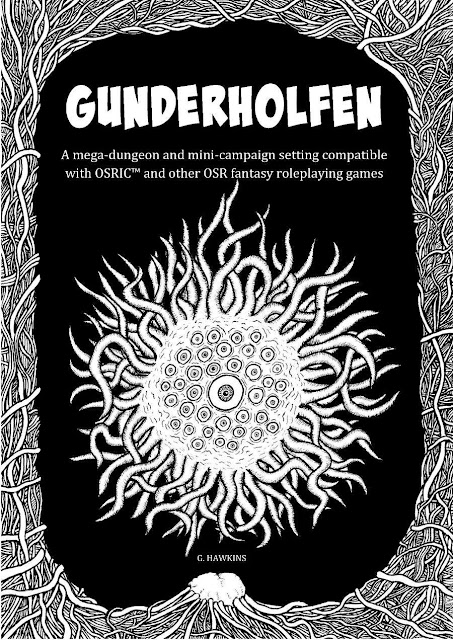 I've had a couple of Taverners point me at Gunderholfen over the last few days. This looks like a VERY interesting megadungeon. Maybe I can put this on my birthday list...

This mega-dungeon and mini-campaign setting is designed for character levels 1-10+. It is compatible with any OSR system. Play it as an integrated, complete mega-dungeon campaign or just pick out individual levels to run as separate dungeons. Gunderholfen includes the following:

Yep, that's an affiliate link above. Affiliate links keep the lights on and the beers cold at The Tavern.

There is a D&D 5e Humble Bundle on sale right now. Every Humble Bundle purchase made via The Tavern's Affiliate Link raises monies that help support The Tavern.
Please don't forget our Amazon affiliate store :)   Amazon.com/shop/eriktenkar.
Posted by Tenkar at 10:51 PM