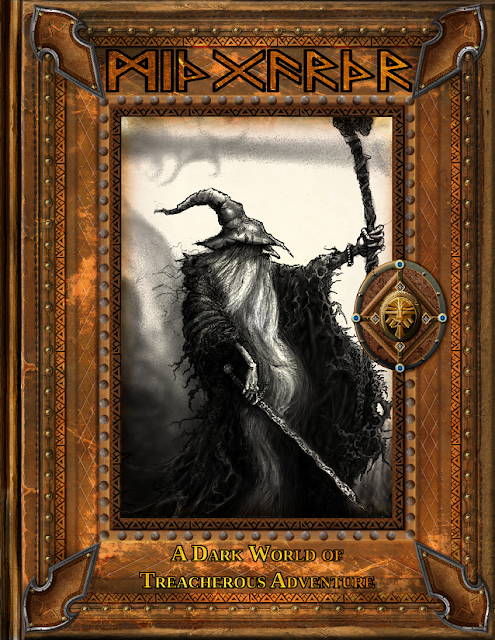 I first looked at the Mithgarthr RPG nearly two years ago, and just like back then I like what I see. It's a streamlined 5e chassis which includes a setting in under 200 pages. Now THAT is more my speed ;)

Well, the Mithgarthr Core Rulebook is today's DriveThruRPG Deal of the Day and if you haven't looked at it yet, for 4 bucks (normally 20 - so that's 80% off) here's your opportunity. Its 5e in an OSR friendly package. Now, it might be the dark setting that makes Mithgarthr feel more OSR, but I Iike it :)


Introducing Mithgarthr: The Roleplaying Game! Enter a rich, original world inspired by Norse and Germanic culture. Explore the dark places where Gooblitts and Dýrverr roam. Battle against the treacherous forces of Chaos led by Orcus and The Thrir. Die horribly at the hands of greenskins while trying to get rich quick with your friends!

Mithgarthr takes its mechanics from the fifth edition of the world's most popular role playing game, but molds them against its grim setting. Characters start at zero level with just the skills they have from their mundane profession (of which there are nine to choose from) and a desire to make a better life for themselves. Players may choose from seven races including the murine Ratten and the winged, hawk-like Fjothr. Life is cheap and death comes often, but those adventurers who survive long enough to attain first level have eight iconic classes to choose from. Magic is cast using a point system, and is less common than usual. Monsters have their own magic system, drawing their power from Orcus.

Included in the core rulebook are everything you need to play the game! Character creation rules, combat, adventuring, equipment, magic, monsters, world setting information, and even a fully fleshed out town and surrounding wilderness to start.

Yep, that's an affiliate link above. Affiliate links keep the lights on and the beer cold at The Tavern.
Posted by Tenkar at 11:11 AM

Email ThisBlogThis!Share to TwitterShare to FacebookShare to Pinterest
Labels: 5e, deal of the day, fantasy