Deal of the Day - Lordling: Fantasy Role-Playing Game for Kids 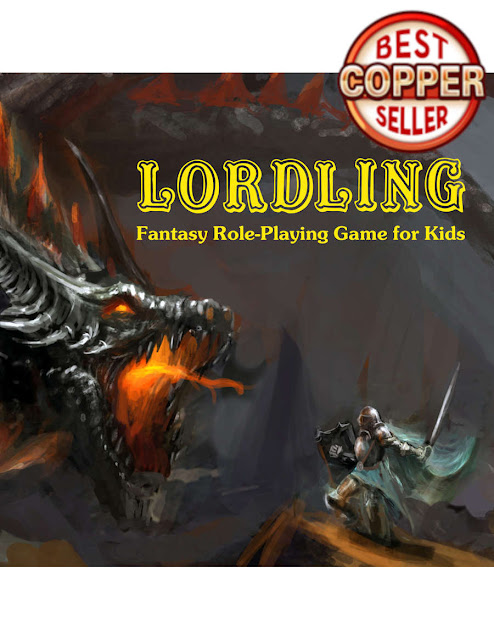 This is one of those times where I say to myself: How did I miss this release?

Lordling: Fantasy Role-Playing Game for Kids is today's DTRPG Deal of the Day. I'm more surprised that I never heard of this and it released back in April!


Lordling is the baton to hand off fantasy role-playing to the next generation!

It is an introductory role-playing game for kids. Play all of the classic race classes from Labyrinth Lord, but with a new streamlined system perfect for young new players.

Lordling is meant to be used by a mentor to teach young kids how to play role-playing games. It is a self-contained game, but as the players become more experienced it will benefit from using Labyrinth Lord for additional material.

Finally! Your kids are ready to play. But can you handle their imaginations?

Lordling presents rules very similar to B/X, but uses 2d6 or 1d6 for resolution. The overall system is streamlined for kids, but with enough detail that it can also be used as a "beer & pretzels" RPG for adults or older kids.

Above lurks an affiliate link. Affiliate links keep the doors to The Tavern open. and the beer cold.
Posted by Tenkar at 9:10 PM