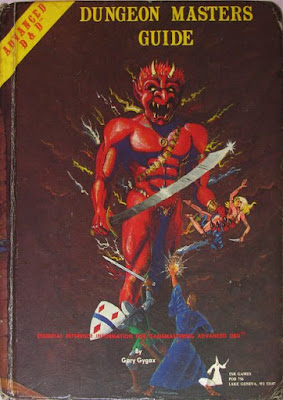 In last night's Tavern Chat, the AD&D 1e DMG came up in the discussion. It was noted that, except for the combat and saving throw tables, it was the least needed of the three core books.


Fourth time is the charm ;) I delve into the preface of the AD&D 1e DMG, an interesting read, even if it appears a bit contradictory.