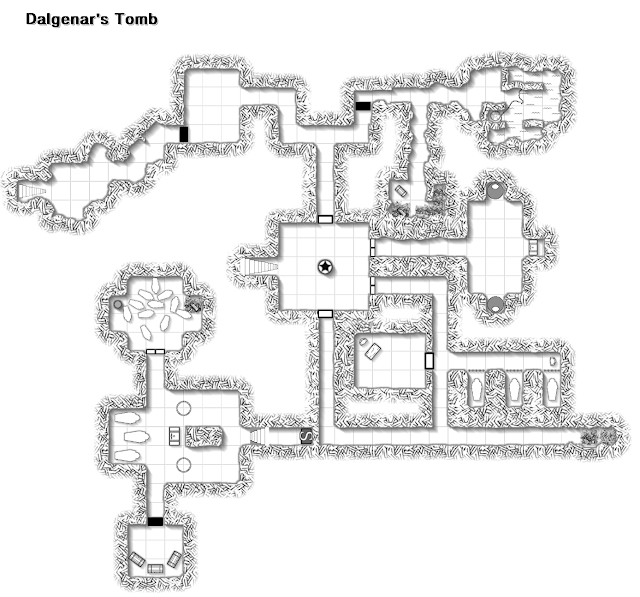 Its the second Monday of Free Map Mondays here at The Tavern. Today, we have what I have called Dalgenar's Tomb.

Lower right is the false tomb. There is a partially collapsed corridor which may or may not lead to more dungeons. Mid right is the old area for church services for the builders of the tomb. Upper right are caves that were uncovered when the tomb was dug. They are partially flooded.

Upper left was a barracks that also uncovered caves. The caves will lead above ground and may be inhabited.

Lower left is the actual tomb, hidden behind a secret door. A short set of stairs leads to the main tomb. Three coffins, two magic altars, and an altar occupy this room. To the north are the hastily stacked coffins of the workers that were killed after the tomb was built. The south room is the treasure room.

This tomb may have been raided prior, partially or fully. Parts may be occupied, but undead, bandits or adventurers.