Google Plus to Come to an End August 2019 - Will the World of Social Media Even Notice? Will the OSR Move On? 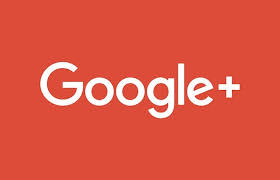 Rob Conley gave me the heads up earlier this afternoon - Google Plus will be ending as we know it in 10 months (Enterprise users may have a version going forward). Rob blogs about the announcement at his Bat in the Attic blog.

Strangely, it's almost a non-announcement.


This review crystallized what we’ve known for a while: that while our engineering teams have put a lot of effort and dedication into building Google+ over the years, it has not achieved broad consumer or developer adoption, and has seen limited user interaction with apps. The consumer version of Google+ currently has low usage and engagement: 90 percent of Google+ user sessions are less than five seconds.

Our review showed that our Google+ APIs, and the associated controls for consumers, are challenging to develop and maintain. Underlining this, as part of our Project Strobe audit, we discovered a bug in one of the Google+ People APIs:

Users can grant access to their Profile data, and the public Profile information of their friends, to Google+ apps, via the API.

The bug meant that apps also had access to Profile fields that were shared with the user, but not marked as public.

This data is limited to static, optional Google+ Profile fields including name, email address, occupation, gender and age. (See the full list on our developer site.) It does not include any other data you may have posted or connected to Google+ or any other service, like Google+ posts, messages, Google account data, phone numbers or G Suite content.

We discovered and immediately patched this bug in March 2018. We believe it occurred after launch as a result of the API’s interaction with a subsequent Google+ code change.
We made Google+ with privacy in mind and therefore keep this API’s log data for only two weeks. That means we cannot confirm which users were impacted by this bug.

However, we ran a detailed analysis over the two weeks prior to patching the bug, and from that analysis, the Profiles of up to 500,000 Google+ accounts were potentially affected. Our analysis showed that up to 438 applications may have used this API.

Every year, we send millions of notifications to users about privacy and security bugs and issues. Whenever user data may have been affected, we go beyond our legal requirements and apply several criteria focused on our users in determining whether to provide notice.

Our Privacy & Data Protection Office reviewed this issue, looking at the type of data involved, whether we could accurately identify the users to inform, whether there was any evidence of misuse, and whether there were any actions a developer or user could take in response. None of these thresholds were met in this instance.

To give people a full opportunity to transition, we will implement this wind-down over a 10-month period, slated for completion by the end of next August. Over the coming months, we will provide consumers with additional information, including ways they can download and migrate their data.

At the same time, we have many enterprise customers who are finding great value in using Google+ within their companies. Our review showed that Google+ is better suited as an enterprise product where co-workers can engage in internal discussions on a secure corporate social network. Enterprise customers can set common access rules, and use central controls, for their entire organization. We’ve decided to focus on our enterprise efforts and will be launching new features purpose-built for businesses. We will share more information in the coming days.

Cheaper to shut down than to fix...

I'm not surprised by the announcement. I am surprised that Google took this long to make such an announcement. Facebook drives over three times the traffic that Google Plus does for me at this time, despite 9,453 having me in their circles on G Plus and a hair over 2,000 friends on Facebook.

I know the OSR as a community is heavily invested in G Plus. Where will they move now?

G Plus has been the red-headed stepchild of Google for years. They never really knew what to do with it, and now it follows Google Wave and Feedburner onto the trash heap. I can only wonder if Blogger itself is close behind.

Email ThisBlogThis!Share to TwitterShare to FacebookShare to Pinterest
Labels: google plus