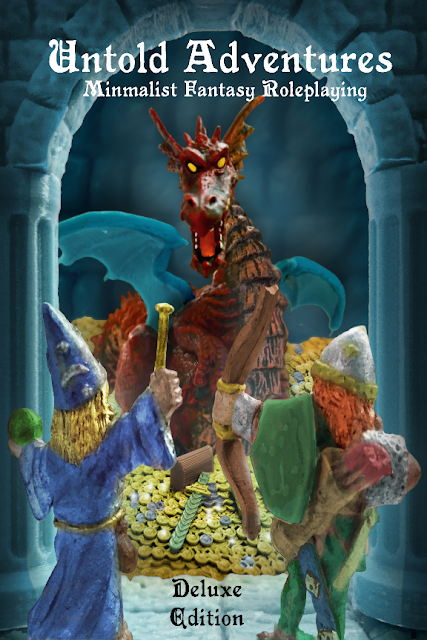 Gotta love that cover. Oh, and it's a James Spahn release ;)

Untold Adventures: Deluxe Edition just went live at the amazing price of Pay What You Want. So, what is it?

In Untold Adventures: Deluxe Edition you'll find all the material previously released in Untold Adventures and Unsung Heroes, as well as a short introductory adventure -- all combined into a single volume. In addition, the book has been illustrated throughout by William McAusland and features cover art by Jim Wampler!

Digest sized print-on-demand and optimized PDF are coming soon. As with all products in the Untold Adventures line, the digital release of this product is Pay-What-You-Want!

James is a close friend of mine AND yes, that's an affiliate link above. Keep the lights on and the taps cold by using The Tavern's affiliate links.