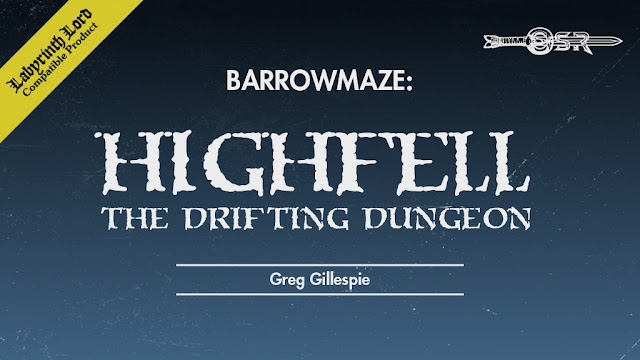 I didn't even realize the Barrowmaze: HighFell - The Drifting Dungeon Kickstarter was in the works, let alone was Kickstarting earlier tonight. Well, it was and it is. 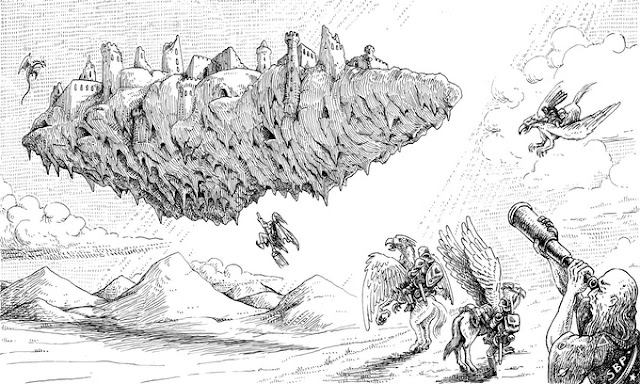 So, what is the Highfell Kickstarter? I'm going to let Greg Gillespie explain:


This Kickstarter campaign is designed to support the creation of a new megadungeon adventure called HighFell: The Drifting Dungeon.

HighFell is designed for Labyrinth Lord but can be played with any Old School Role-Playing Game (or their clones) from the 70s and 80s such as B/X, First or Second edition, OSRIC, or Swords and Wizardry. This scenario can also be played with the DCC RPG with conversions.

This new medgadungeon adventure is designed to support a medieval fantasy campaign lasting months and years. HighFell will support low-level to high-level play.

I estimate the final draft to be between 180-250 pages and approximately 500-600 encounter areas. If you are familiar with Barrowmaze Complete, that project was 259 pages in a two-column format (cover to cover). Forbidden Caverns, my follow-up project, was 293 pages, PDF poster maps will be done in both black and Old School blue.

HighFell opens with a gazetteer that outlines the region in which the adventure takes place. This includes a cultural history as well as the detailing of several small villages that can provide a base of operations for an extended campaign. Like the mounds in Barrowmaze, or the caves in Forbidden Caverns, HighFell also provides some low hanging fruit above-ground to get (wise) players started. The dungeon proper will be leveled in a traditional style, albeit in a floating dungeon context with twists and surprizes. This approach merges my own particular vision with inspiration drawn from modules like The Village of Hommlet, Dragons of Desolation, and The Ghost Tower of Inverness.

I've been very happy with Greg's prior releases, so I'm in for this one too - Print plus PDF.