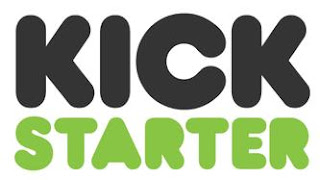 I've mentioned this before but I get multiple requests each month to look at pre-release Kickstarter pages to offer my critiques (which I am generally happy to do so as time allows). This generally picks up as the weather gets warmer.

Those numbers pale to the number of requests I get asking me to post about this or that Kickstarter. I get requests through my Blogger Contact form, email, and even PMs.

I've had one Kickstarter open as a tab on my browser since I got the request last weekend. Sure, its pretty, but the video is annoying and, more importantly, it's NOT the type of RPG I'd likely find myself playing. There is nothing bad about its presentation but there is nothing that hooks me. If I'm not going to be looking to spend my hard earned cash on it why would I suggest my readers do so?

Would a post at The Tavern make or break its funding? I doubt it. But if I'm not excited about it my readers won't be either. Of course, I'd probably wind up focusing on the annoying video, the lack of community comments and the fact that the genre it appears to be trying to accomplish has already been done, very successfully, by another publisher - via Kickstarter of all places.

So I do nothing. Or, at least, post nothing directly about this project and others like it. Somewhere, someone is getting frustrated that nothing has appeared about their passion project. They were told, quite specifically, to make sure their project got covered at The Tavern and still nothing.

Sometimes the kindest act I can do is nothing at all.

This doesn't mean folks shouldn't send me links and reach out to me to look at pre-release pages and what not. It's just a reminder that the service I provide is for my community, not for the Kickstarter creators themselves. The currency involved is the good will and positive feedback from The Tavern's readers and I value it all.

I really do need to do a series of Tavern Kickstarter Tips posts ;)