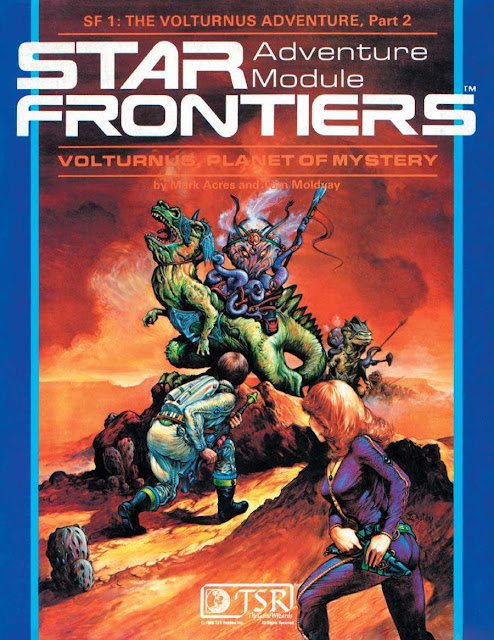 So, WotC has now released some classic adventures for the Star Frontiers RPG in PDF format (I had overlooked this as it actually released last week - thankfully I got pinged by a Taverner via email)

Star Frontiers: (SF1) Volturnus, Planet of Mystery (I had no idea Tom Moldvay was involved with SF until now) - 4.99

You can snag the remastered rules for free at http://www.starfrontiersman.com/remastered.php

Sorry for the late and lonely post today - it was a busy day ;)