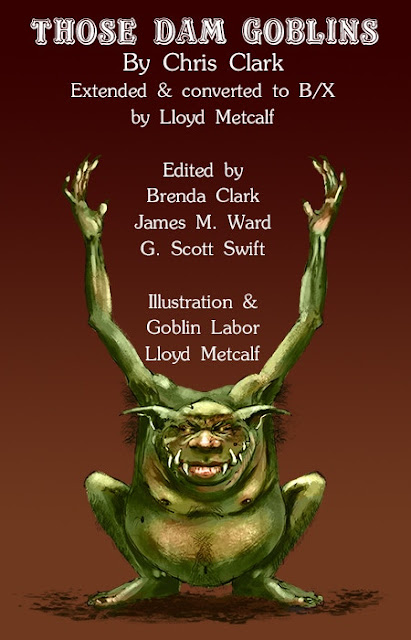 If you've been following my Kickstarter posts, you would know that +Lloyd Metcalf / Fail Squad Games is always on time if not early AND backing Lloyd's KSs doesn't break the bank. They are old school friendly while still being a perfect fit for 5e. In other words, they are Win / Win and I expect more of the same from Those Dam Goblins.


Several years ago human settlers discovered a marsh covered valley which they knew would provide fertile crop land if only the marsh could be drained. The settlers dammed the river and may have damned themselves! The diverted river has awoken the cliffs themselves. Strange rumblings in the earth and smoke from the cliff tops are sure signs of trouble. The residents of Fertile Valley need some heroes, can you save Fertile Valley before it’s too late?

This adventure is written for the Labyrinth Lord (LL) game system compatible with BECMI or B/X with Fifth Edition rules of the world’s most popular tabletop RPG included.

Written by Chris Clark with additional work and art by Lloyd himself, Those Dam Goblin's is the latest release from Fail Squad Games. 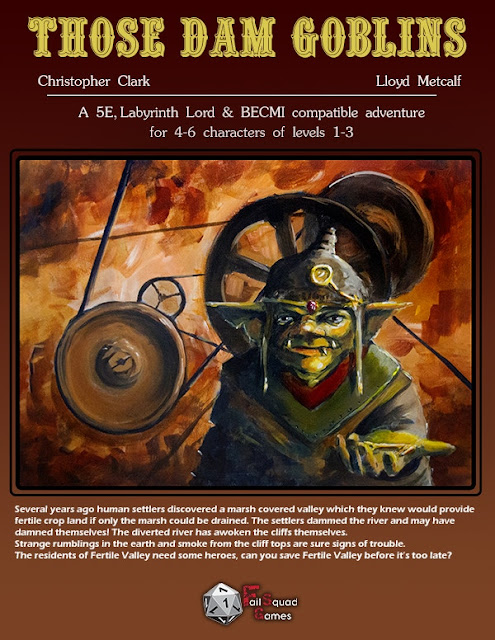