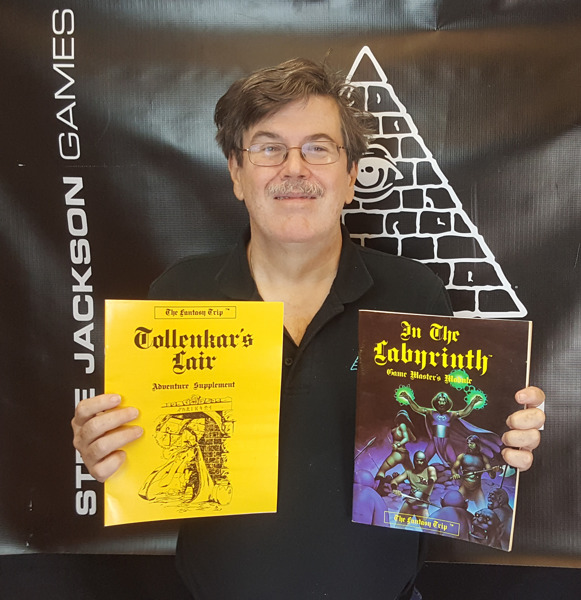 There's an announcement today over at Steve Jackson Games regarding Steve's earlier work for Metagaming and The Fantasy Trip RPG:


At the beginning of my career, long before GURPS, I created a roleplaying game called The Fantasy Trip. For decades, the rights have been held by Metagaming, a publisher which is no longer in operation. I'm very pleased to announce that I have regained the eight TFT releases that I wrote myself: Melee, Wizard, Death Test, Death Test 2, Advanced Melee, Advanced Wizard, In the Labyrinth, and Tollenkar's Lair.