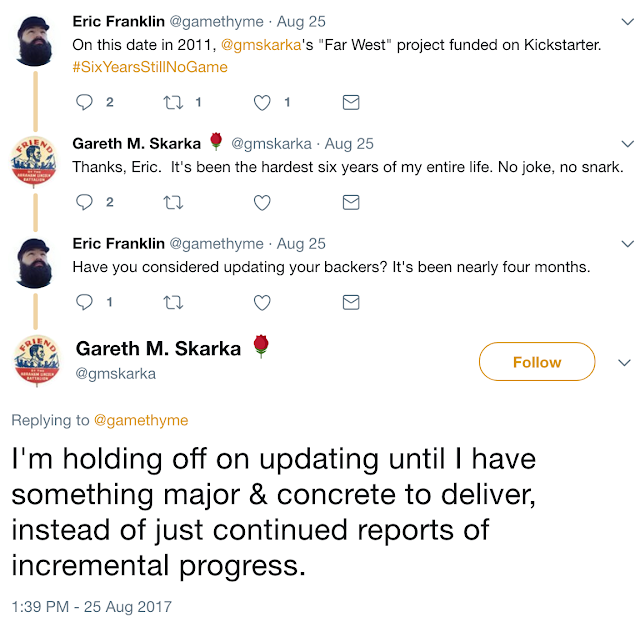 Thanks to +Eric Franklin for reminding me that Far West, the dead albatross around the neck of Gareth Sharka and everything he touches, funded six years and four days ago. Over six fucking years ago. Shit!

Does Gareth even have the balls to update his Kickstarter backers? No. and since Gareth is "holding off on updating until I have something major & concrete to deliver" you can expect the next update to be... never.

But yeah, keep writing those adventures for Star Trek and let your own IP lie fallow. Because, you know, people that believed in you and put money in your hands should be alternately ignored, lied to and spit upon for six years. Now THAT is some sort of customer service...