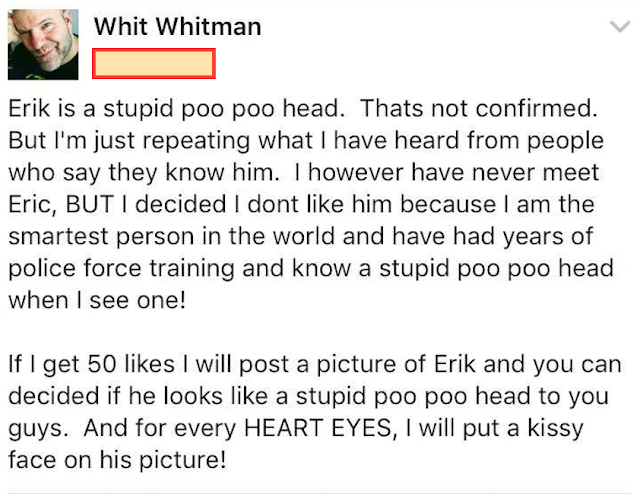 Lets talk some FACTS about you, shall we?

1 - You told me you were going to have your lawyers sue my ass for slander. A lie.

2 - You told me you had filed federal and state level criminal charges against me. Another lie.

3 - You claimed pencil dice had shipped. Another lie. And NUMEROUS lies regarding KotDT LAS. Too many to count. You lie as easily as you breath.

6 - You used money from the Pencil Dice KS to pay for your exploits in film. Your statement.

Now, with the facts above, a lack of updates on any of the above listed projects, your statements about your undiagnosable but self diagnosed illness and less then three weeks before your new but already later than all of the original project due dates coming up, it doesn't take a trained investigator to conclude that the likely outcome in three weeks is more excuses, not fulfilled projects.

I know you worry that I might have a mole in your circle of friends, both in real life and online. Just know I never ran a case using informants where I had less than three at my disposal. Friends, associates, family, business partners, deli owners, the guy at the pizza shop. You need at least three to validate any one of the three sources. Not saying I have any moles, Kenny. Just saying if I did, it would be more than you think.
Posted by Tenkar at 9:46 AM