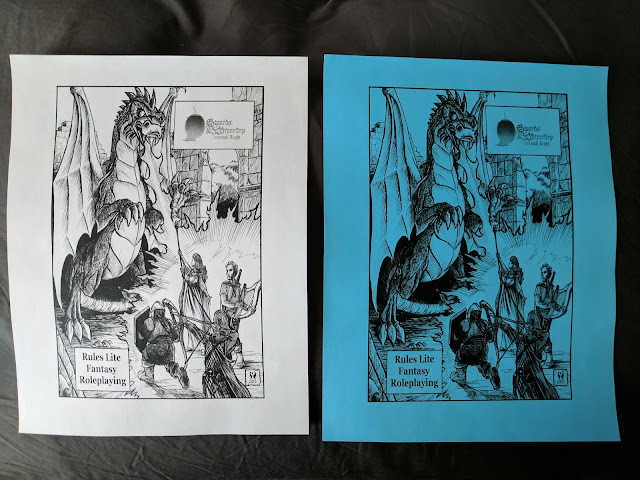 Ignore the waviness - the are laying on a pillow (damn cat wouldn't give me desk space ;)

Anyhow, the Swords & Wizardry Continual Light (SWCL) Beta is going to come in at 20 digest sized pages, with even the inside covers printed on.

We have a choice of white or blue for the covers. I'm partial to the blue but let me know what you think.

Now, the full release (planned for the Spring of '17) will also include seven adventures (one for each character level in the rules) as well as a sandbox setting. Pricing to be determined.

I've also released a handful of SWCL PDF copies into the hands of playtesters. They are free to print out copies for their own use and that of their groups.
Posted by Tenkar at 12:10 PM