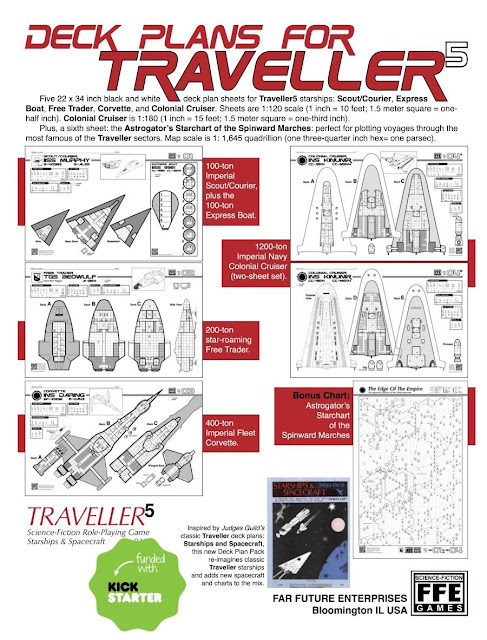 Plus, a sixth sheet: the Astrogator’s Starchart of the Spinward Marches: perfect for plotting voyages through the most famous of the Traveller sectors. Map scale is 1: 1,645 quadrillion (one three-quarter inch hex= one parsec).