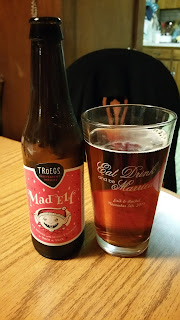 First things first. You folks are amazing. Not only has The Tavern's Facebook Group hit over 1,075 members (in less than a year) but November is the strongest month of RPGNow affiliate sales - ever - and there are still 4 days to go. I'll give a Tavern financial update in 2 weeks or so - suffice to say things are looking up.

Swords & Wizardry Light has surpassed 1,100 downloads. If you include the physical copies that were distributed at GameHole Con and U-Con, its over 1,300 copies in circulation. By the end of the year there should be 5k copies looking for homes in the Frog God Warehouse. Word.doc format coming shortly.

There are future plans for Swords & Wizardry Light, including one-sheets and a zine. Already, third party releases are releasing to the community. Thank you to everyone that has given the rules a chance.

After three attempts in two weeks I've given up. What am I talking about? Trying to find parking near a NYC Area Post Office. I have packages to mail to those that got lucky in the S&W themed giveaways and have now realized how important that parking permit that allowed me to park at a police facility near a post office was. Yep, there is a downside to retirement. So, I signed up for Stamps Dot Com on Wednesday. Even ordered a postage printer. I assume things will be shipping by mid week.

Oh, this also means there are plans to make some SWL PDF releases limited Print releases - laser printer and print from home. No details yet. The Triumvirate needs to meet and discuss.

Note - there are standards to belong to the community, whether its here on the blogside or The Tavern's Facebook Community. Known con men / confidence men / frauds need not apply at the FB Community unless they come clean. Some have done so (The Wandering Wizard comes to mind) Others will not, and as such, will not be welcomed. Yes, its personal.

Beer - 11% ABV brewed with cherries and honey. Enjoyed with milk chocolate covered cherries. Because you can't have enough cherries... and beer.
Posted by Tenkar at 9:02 PM