This weekend I've been cleaning and organizing my gaming material. At the same time, I've had uncle duties. Shannon found some Dwarvenite and some minis and decided she was going to build dungeons. The minis (monsters) were to protect the treasure (gold) from folks trying to rob her dungeon. She wanted to include riddles, traps and secret doors. I kid you not.

If nothing else, this solidifies the idea that public play should include terrain and minis.

As a side note, at not quite 6, Shannon is now insisting that I teach her Dungeons & Dragons. She wants to be a bearded wizard. As far as I know, she hasn't seen any of the LotR or Hobbit moves ;) 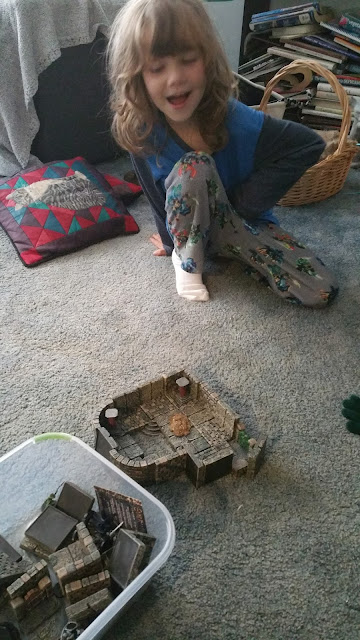 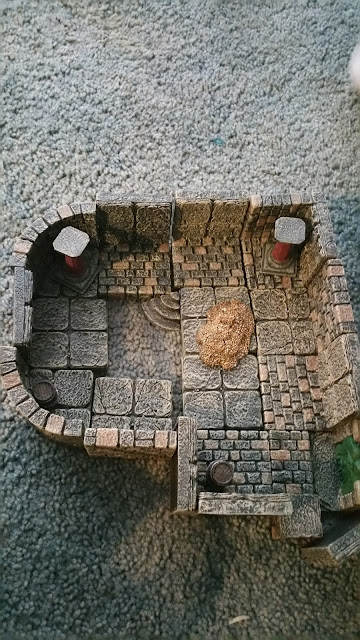 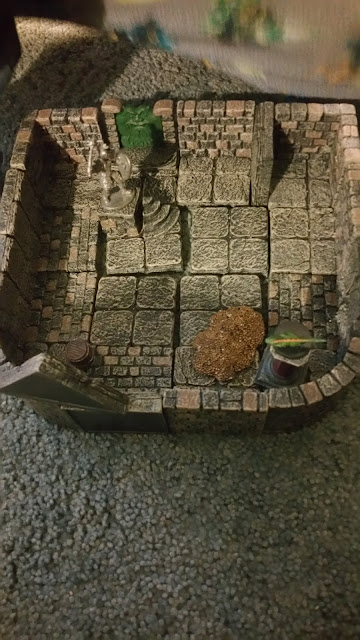 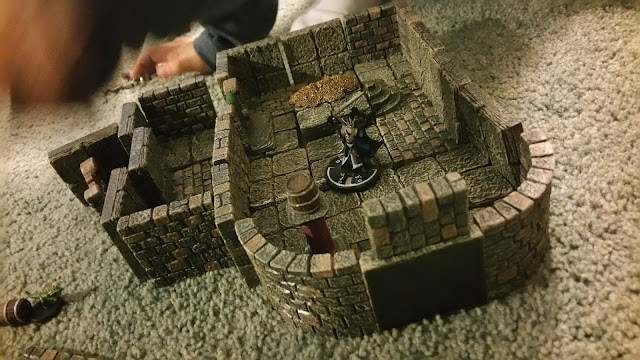 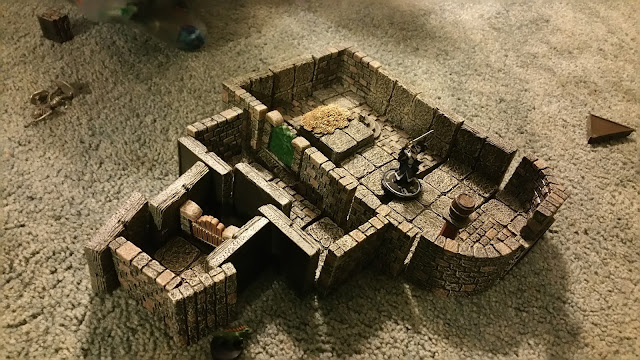