This is NOT the Swords & Wizardry: Light Setting Map - But it WAS a Great Exercise in What Can Be Done in 90 Minutes with the Right Tool 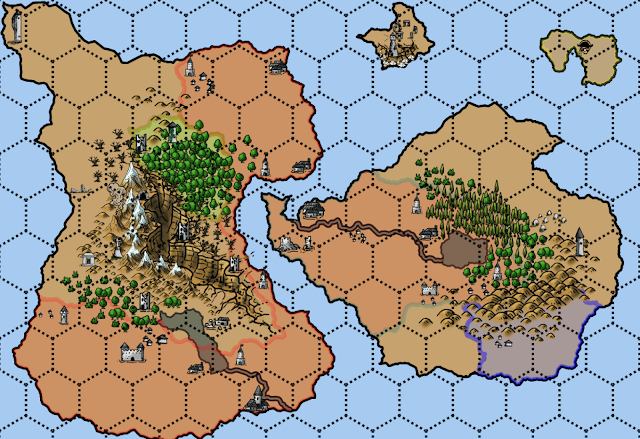 So, last night I got to thinking that it had been a while since I'd used the Other World Mapper program. Since I plan on making a small sandbox setting for Swords & Wizardry: Light,I opened up OWM and had at it.

The above is after about 90 minutes of tweaking. Far from finished, it did get me thinking about simple "how and whys", such as why the huge canyon, who or what is in the lands that aren't under control of a noble or some such, trade, resources and the like.

Now on to mapping something out in Black & White, as color won't work so well when something is meant to be printed at home.

Email ThisBlogThis!Share to TwitterShare to FacebookShare to Pinterest
Labels: other world mapper, Swords and Wizardry Light