Ken is, if nothing else, consistent. He's referenced the Blackburn's deceased daughter in the past (never in a nice manner) and has decided to do so yet again in an effort to defend a Facebook account that a third party assumed was yet another Whit / Ken Facebook account (I can easily identify 3 but I haven't dug deep). I do NOT know if the account in question was / is an account created by Ken Whitman. We'll give the benefit of the doubt, as there is a large amount of doubt without evidence proving otherwise.

Why Ken felt the need to bring up the Blackburn's deceased daughter can only be answered by Ken himself.

(Where did someone say someone impregnated Ken's daughter?)

(Is this Ken's daughter?  If so, as a Harvard grad she should spend some time editing Ken's posts) 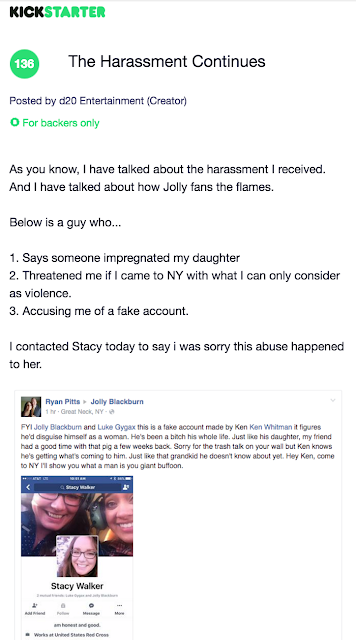 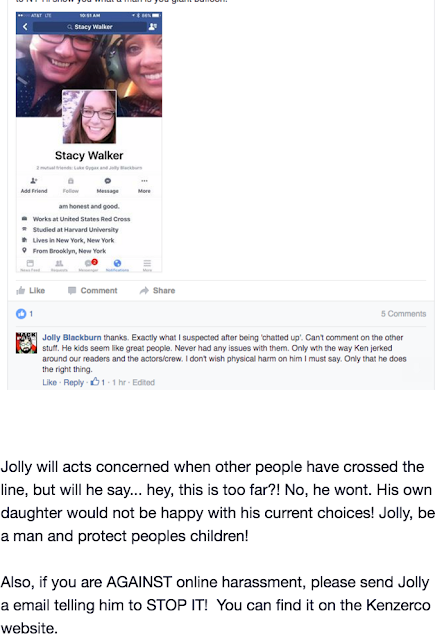 edit: I thank Jolly for forwarding me the following to put things in context. It's NEVER right to include a man's family in stuff there weren't and aren't a part of. 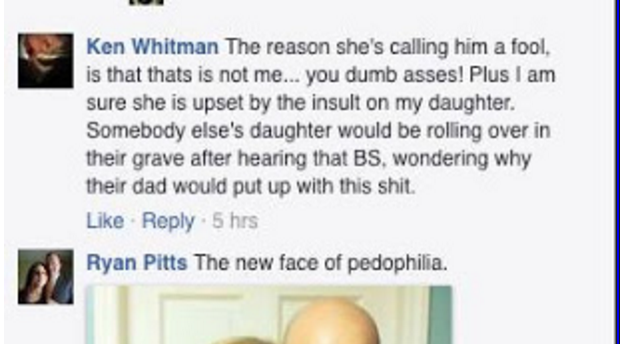 I cropped out the pic of Ken holding / hugging his daughter. Ken is a lot of things, but his family does not deserve this shit and Ryan Pitts is out of place with this. Not saying Ken's update on Kickstarter was right, nor was he right to accuse Jolly, but as a parent I can see where Ken is coming from. 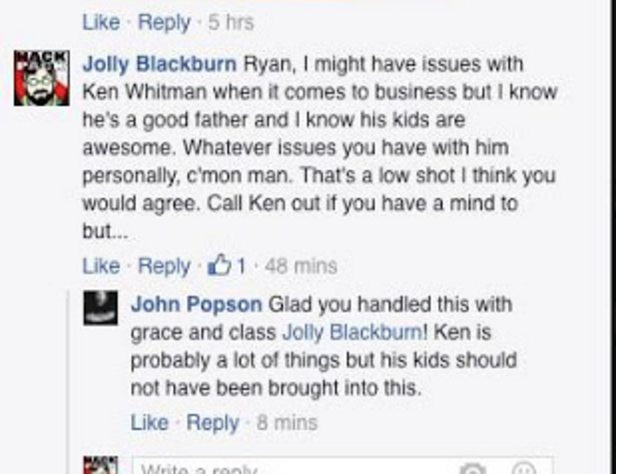