Roll20 Announces License Deal with Wizards of the Coast (NEWS) 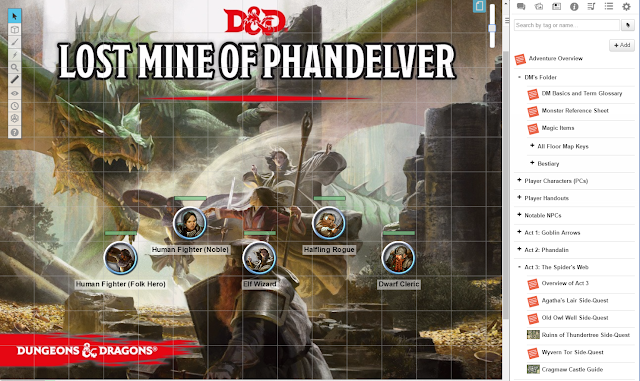 Here's the official press release of the announcement:

OVERLAND PARK, KS (July 28th, 2016) Roll20 announced today a licensing deal for their online “virtual tabletop” to distribute Dungeons & Dragons content. This marks the first licensed collaboration between these two companies, which has been a major goal for Roll20 since its launch in 2012.

“While Roll20 was designed to play nearly any tabletop game, the spark that pushed us to start the product was Dungeons & Dragons,” said cofounder Riley Dutton, “Our very name, ‘Roll20’ comes from the concept of a ‘critical hit’ as popularized by D&D. For us, D&D represents an evergreen part of our gaming lives, and to be officially working with its creators and caretakers certainly feels like we’ve made a winning roll.”

The launch is beginning with sales of the introductory adventure module Lost Mine of Phandelver, which comes with pregenerated characters, image handouts, maps, and tokens prearranged in Roll20 to help Dungeon Masters avoid lengthy setup times. Other licensed products will follow, including Dungeons & Dragon’s latest upcoming adventure storyline Storm King’s Thunder, which is available in Roll20 for preorder and launches September of 2016.

Roll20 already leads the virtual tabletop category, with an overall online population of over 1.6 million users, more than 46% of which identify themselves as players of the current edition of D&D.

“We’re always looking to broaden access to Dungeons & Dragons, and Roll20 already plays a significant part of that expansion,” said Greg Tito, Communications Manager at Wizards of the Coast. “We are excited to see what the future brings.” 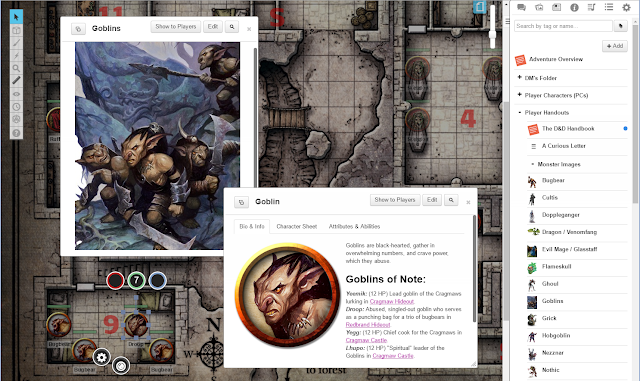 ABOUT ROLL20
Roll20, owned by The Orr Group LLC, began as an effort to keep developers Riley Dutton, Richard Zayas, and Nolan T. Jones in touch via long distance tabletop gaming. Since launching via Kickstarter in 2012, it has attracted over 1.6 million users as a free service, becoming the preeminent way to play tabletop roleplaying games online and developing into a staple of in-person play. The award-winning program continues to be funded by subscribers who receive features that assist advanced gameplay.

ABOUT WIZARDS OF THE COAST
Wizards of the Coast LLC, a subsidiary of Hasbro, Inc. (NASDAQ:HAS), is the leader in entertaining the lifestyle gamer. Wizards' players and fans are members of a global community bound together by their love of both digital gaming and in-­person play. The company brings to market a range of gaming experiences under powerful brand names such as MAGIC: THE GATHERING and DUNGEONS & DRAGONS. Wizards is also a publisher of fantasy series fiction with numerous New York Times best-­sellers. For more information about our world renowned brands, visit the Wizards of the Coast Web site at www.wizards.com. 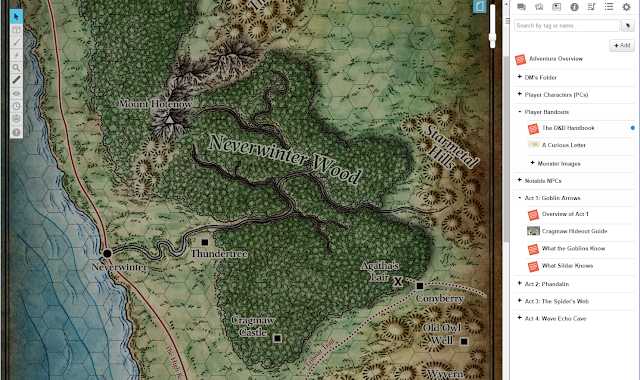