Kickstarter - Bard's Gate - With Stretch Goals for Non-Backers Too! 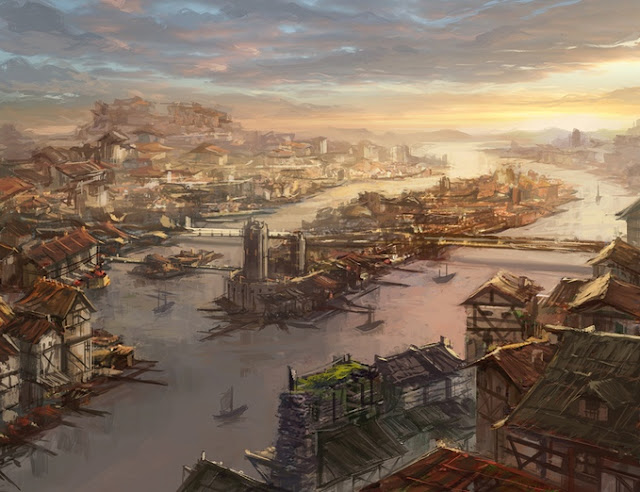 Bard' s Gate is the latest Frog God Kickstarter and it comes in the usual three flavors these days - 5e, Swords & Wizardry and Pathfinder. In less than a day it's hit a third of it 75K goal, but that's not the big news. The big news is that Frog God Games is working with TableTopLibrary, the new online RPG distributor of PDF and Print gaming goodies and hopeful competitor to OBS. They have set stretch goals that will be given to ALL registered TableTopLibrary customers if the numbers are reached, whether or not the TTL customers are backers of the Bard's Gate Kickstarter or not.

That makes for a pretty good reason to check out the TableTopLibrary site if you ask me.

+Matt Finch mentioned the details on his blog and I'm going to add to the bandwidth below:

We’re excited to announce our cooperation with Frog God Games on the Bard’s Gate Kickstarter. This project funds an epic, full-color book describing the iconic fantasy city of Bard’s Gate, and the Kickstarter is already on track to a massive success.

And we thought to ourselves -- because we do that sometimes -- “Why limit stretch goals just to people who pledge for a Kickstarter? If it does well, let’s give everybody some stuff!”

So here’s the plan – it’s a type of cooperation that hasn’t been done before between an online retailer like us, working with a publisher like Frog God Games. If it works well, we’ll do this with other Kickstarters in the future to help boost their signals.

For ALL registered customer here at Tabletop Library, if the Bard’s Gate Kickstarter does well, we’ve arranged with Frog God Games to put up some of their Bard’s Gate related products for free until (just after) the end of the Kickstarter. So don’t forget – if you’re not already registered as a customer at the www.tabletoplibrary.com, you should register now to be included in these goals!

Here is our schedule of the Tabletop Library Double-Rewards for the Bard’s Gate Kickstarter:


Did I mention the Bard's Gate Kickstarter is going to have some Easter Eggs of interest to members of the OSR community and gaming in general? I didn't mention it? OK... I said nothing, I know nothing...
Posted by Tenkar at 9:36 AM