Far West - The "Utter Bullshit" Admission - Since it's Time to Rebuild Trust, Maybe it WILL Actually Release?

With Gareth's latest comments on the Far West Kickstarter page, I'd ALMOST be willing to credit him for owning up to his bullshit... but I can't. Because in truth, he isn't owning up to anything.


some of the things that happened mean that things I said a while back now look like utter bullshit.

In truth, many of the things that happened (or never happened) were utter bullshit when they were announced, looks have nothing to do with it.

Since Gareth is rebooting Adamant as a publisher of gaming material, he needs to rebuild a sense of trust. Would you trust this man to pay you on time? Would you be able to give him what you promised him you would produce 4 1/2 years after the due date? Of all the places would be game writers could freelance for, would this really be a first choice? 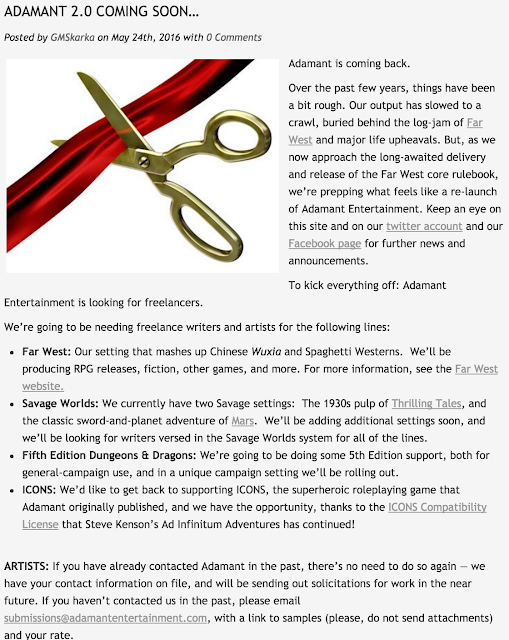