Wayward Kickstarter - Champions of Zed - Have you Seen this Creator? Last Seen on Kickstarter October 28, 2014 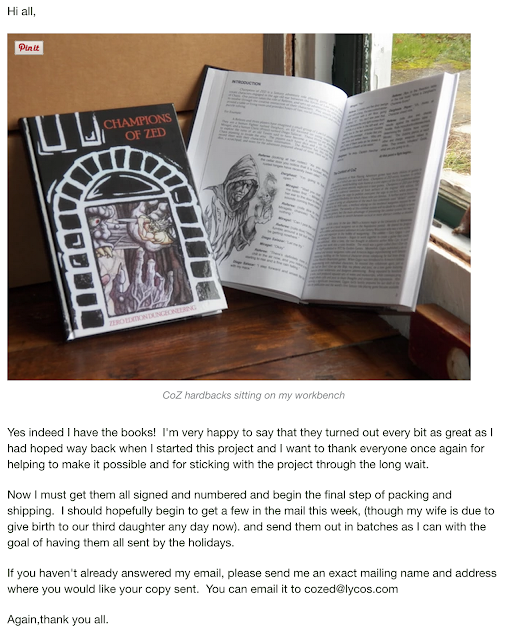 Yep. This was the last update for Champions of Zed. See that email? It's apparently dead now. One person in the comments section reported getting their copy. Everybody else? "Where's mine?"

Now, as Daniel states above he intended to have "them all sent by the holidays" and it doesn't state which holiday or year, I guess the idea is to keep the backers guessing.

Did I mention it's estimated ship date was August of 2012? Hey, at least we know Gareth, Mike and Ken might possibly come through on some level with physical rewards. Alright, maybe not Mike, but her get's points for admitting he fucked up. Daniel? Who the hell knows.

This could be another Myth & Magic fiasco assuming a percentage of copies start arriving to random mailboxes. Actually, another M&M update post should be around the corner.