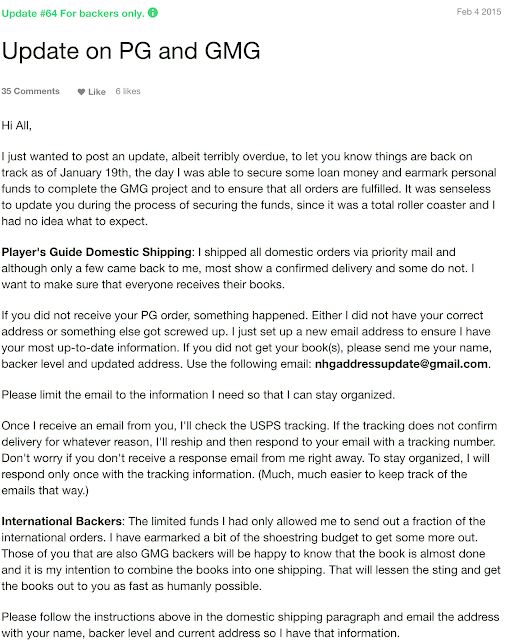 Now, I know the guys at NTRPG Con got one copy shipped to them just prior to the 2014 Con that June. The problem is they paid for four copies. As of June 2015 the rest of their copies still hadn't shown.

But hey, we know the copies exist, right? We have a picture of the book from March 4th, 2013 and I actually received my copy (after Tom posted my shipping info in the Kickstarter comments section - bad Tom, very bad) and it didn't come with the expected anthrax or cat piss. It's actually a nice looking book that's well laid and would probably be a fun clone to play if it didn't come with all of the attached drama. 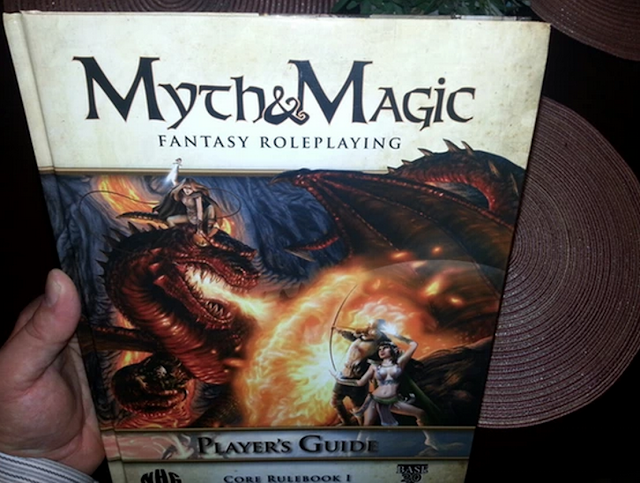 Folks are still waiting on their copies over two years later.

Now, there's an interesting tidbit in the comments section of the Player's Guide referencing the latest update for the Gamemaster's Guide (where Tom couldn't find the time to make an update for nearly 15 months, but graced the backers with the latest news on July 16th of this year.)

So, you know those unsent copies of the Player's Guide? Looks like they don't exist. If cost is a factor, why are you rolling it all into one book if you have printed copies of the PG left to send to backers? It doesn't make sense. Well, unless your initial print run was just enough to shut folks up. Makes sense why backers of multiple copies just got one copy delivered - there literally weren't enough copies to go around. I guess my hardcover copy is a collector's item now ;)