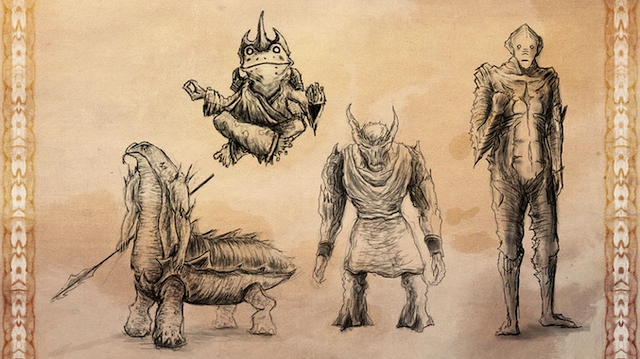 First things first. Although they say that most Kickstarters should have a video Shaedeam's Song would probably have been better without. Why? The audio. Horribly muddied. If you want $15k from the mass of RPG gamers, put your best foot forward. This is not the way to do it.

Why design your own RPG system when you already have the setting converted to 3x OGL and Savage Worlds. Believe it or not, folks aren't hankering for new gaming systems, they want new and exciting supplements to use with the systems they already know.

Why $15k as a funding goal? Hell, why Kickstarter at all. If this is / was as far along both as it's own independent system as well as for more traditional systems, publish it in PDF and on demand at RPGNow.

As I type this, the Kickstarter for Shaedeam's Song ends in about 7 hours and over $14k short of goal.

edit - Alyssa Faden is the mapper and high quality, but I think the effort was misplaced in aiming so high. Ah well.
Posted by Tenkar at 5:03 PM