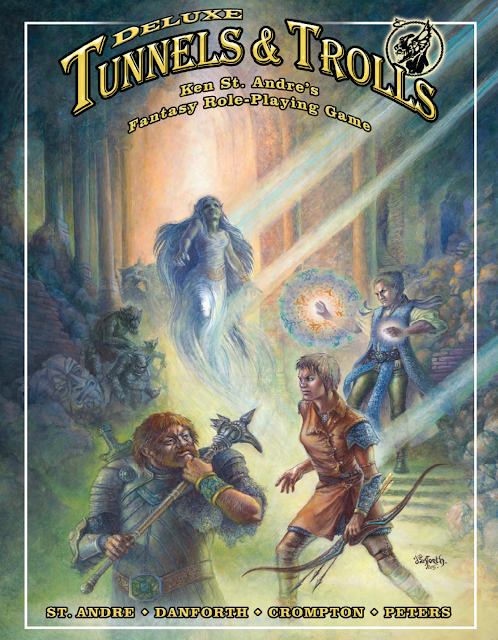 Color me surprised. I really didn't expect to see deluxe Tunnels & Trolls rules before Gen Con. Actually, the way things were going, I had fears this might become another Far West. I'm glad to be proven wrong.

Quick observation - the PDF has bookmarks, but only for the later part of the book. I assume there will be an update to correct that.

It's a 385 page PDF, which is huge, especially if compared to earlier editions.

They've done away with the exploding dice at character generation and negative modifiers are no longer calculated into Combat Adds.

There are some typos which I hope the PDF release will allow the community to correct the majority of before it goes to print. Still, at first glance it does not approach Troll Lord Games levels, which is good.

I look forward to delving into this over the next few days.

Crossing fingers that is does away with the unbalanced power surge of 7x.
Posted by Tenkar at 11:27 AM