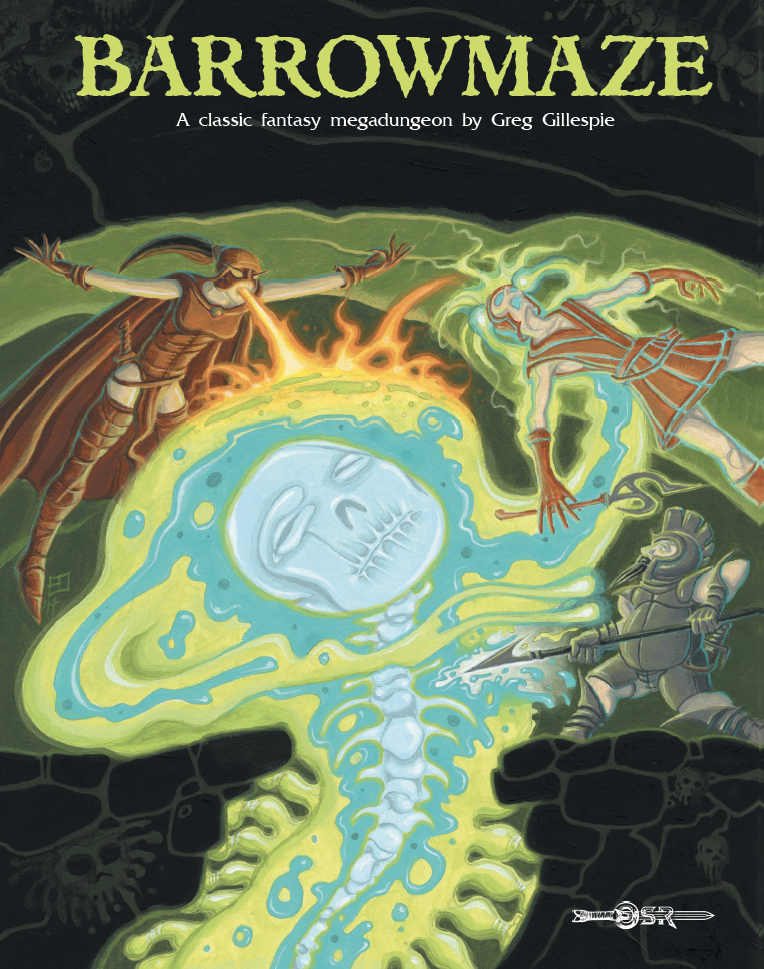 Yeah, it's been a while since I highlighted a Deal of the Day, but this one is worth it, at least for some folks.

Barrowmaze Complete is $21 today in PDF (normally $35). Hardcover is $75 and with PDF $85. It's not cheap but there is a campaign (or two) worth of material within.

If I didn't already own this from backing the Indiegogo project I'd be grabbing the PDF today. Barrowmaze Complete is really two megadungeons in one neat package, but it's more than that. It's made so that much of the content can be used on it's own and dropped most anywhere - modularity is it's strength.

Local villagers whisper of a mysterious place deep in the marsh - a place shrouded in mist and dotted with barrow mounds, ruined columns, and standing stones. The tomb-robbers who explore beneath the mounds - or rather the few who return - tell tales of labyrinthine passages, magnificent grave goods, and terrifying creatures waiting in the dark. Are you brave (or foolish) enough to enter the Barrowmaze?

Barrowmaze Complete (BMC) is a classic old school megadungeon for use with Labyrinth LordTM and other fantasy role-playing games. BMC includes everything in Barrowmaze I and II in the same book in addition to new material, art, layout, and cover art by Ex-TSR artist Erol Otus.

Barrowmaze Complete will keep your players on their toes and your campaign going strong.

BMC is brought to you by the Old School Renaissance (so don’t forget your 10’ pole).