A Kickstarter That Rolled a "Natural 1" - The D20 Dice Bowl 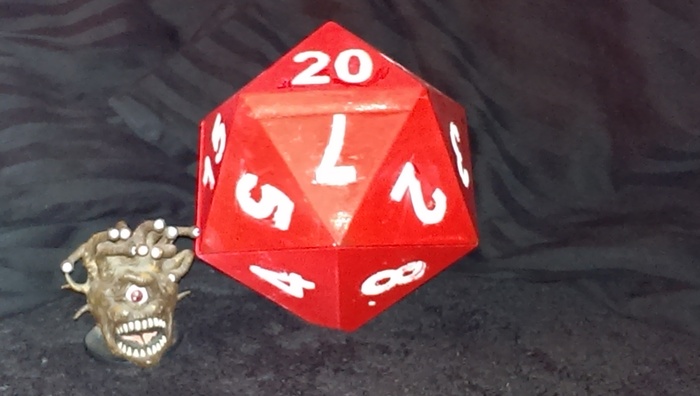 I can think of many ways to blow my money - bills, booze, broads (oops - I'm married now), electronics, games, RPGs, dice - the list is nearly endless. Somehow, a D20 Bowl (It doesn't roll, it holds stuff) never would have made that list.

Maybe it's just shit. One of those ideas that seem really cool when you are flying really high.

There is no way my non-gamer wife would ever use the bowl(s) in question. I don't see me ever using it, and for the price I could buy some actual gaming material that would possible get read, maybe even used.

I must say, the guy behind the project really believes in it. He looks damn excited and earnest in his video.

The D20 Dice Bowl appears to be a critical failure. At least Kickstarter lets the idea die as one of the unfunded unborn projects, with little investment lost.