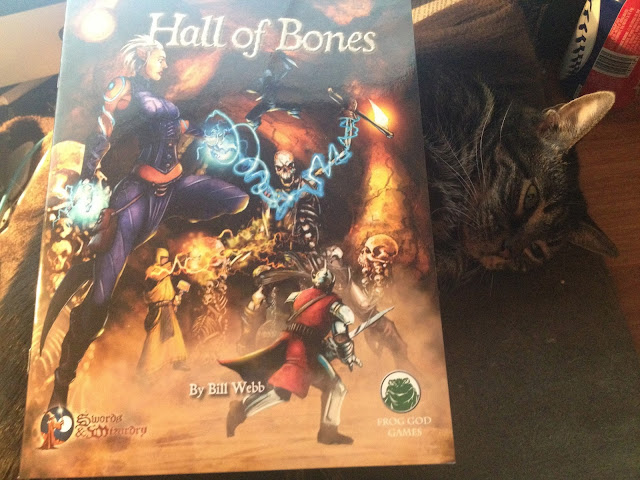 Hall of Bones was the Free RPG Day 2103 release for Swords & Wizardry. I've heard some grumblings on the blogshere and such that it was lacking, and I understand the arguments. The thing is, those arguments are coming from within the OSR. Hall of Bones is not aimed at current OSR gamers. It's aimed at roleplayers that need an introduction to the OSR - primarily Pathfinder players I suspect.

On that level is works. It's a decent introduction to OSR gaming. The adventure is short, but if you plan to explain the rules and put them into action, you don't want a multi-session adventure. You probably want something that plays to the end in a short session, and that is what you have here.

I'm glad I picked it up even if it is of very little use to me, as it shows me that Frog God Games is serious about growing the Swords & Wizardry Game, and that is very good news indeed.
Posted by Tenkar at 8:45 PM