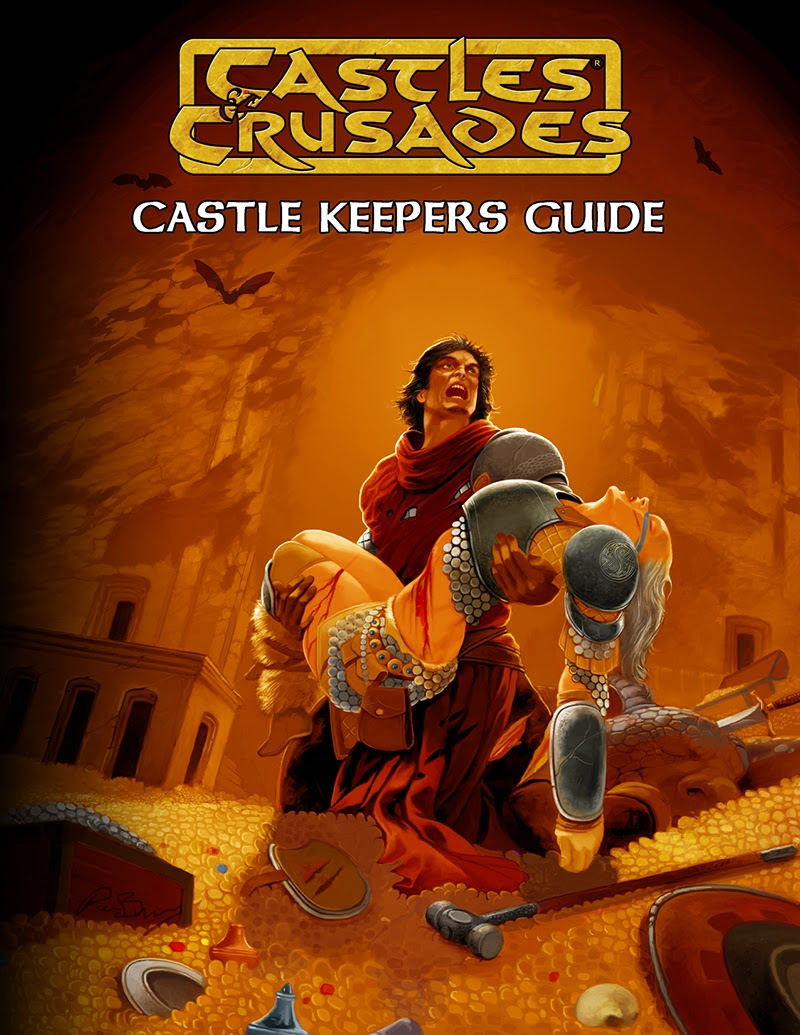 Holy Crap, this thing is huge.  The PDF is 292 pages long.  It will take me a long time to get thru this to even attempt a review.  Most likely I'll have to review it in sections.

It's almost mythical in nature, as the Castle Keeper's Guide has been talked about pretty much since the release of the C&C Player's Handbook back in 2004.


The long awaited arrival of the CKG is finally here!
Rule Book, 280+ pages
Alea Iacta Est - The die is cast!

Upon Foundations of Stone
Beneath the walls and towers of adventure, beneath the ground upon which the adventurer treads, lies the foundation. It is that which holds the construct, which drives the challenges, which brings the flavor of a world’s imaginings to light. It is the maelstrom of creation through whose eye the game of heroic chance plays out.

What Lies Within
The Castle Keeper’s Guide includes a host of new material for the role playing enthusiast. From world creation, to dungeon designs, managing non-player characters, character attributes at high levels, spell use and cost, equipment its use and wastage, the tumult of storms, from warfare to combat, monsters, treasure, death and more. The Castle Keeper’s Guide provides the CK and the Player with a host of new tools for their use; tools designed to enhance play, not hinder it; designed to be malleable from gaming table to gaming table.

The CKG is the perfect expansion to everyone’s table.
Posted by Tenkar at 9:36 PM

Email ThisBlogThis!Share to TwitterShare to FacebookShare to Pinterest
Labels: Castles and Crusades, RPGNow