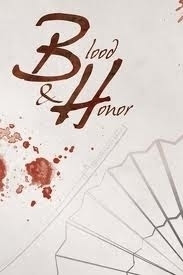 Personally, I like the idea of Clan emphasis, it reminds me a bit of Ars Magica (one of the best games I never played)

After ten years, John Wick has returned to the world of samurai!

Blood & Honor: Samurai Tragedy in Old Japan is a new way to tell stories of honor and steel!

* Rules for Creating Both Clans and Characters

* A New System for Duels and War

* Magic and Religion from Old Japan

Then then there is my (so far) favorite quote from the book:

But I Want to Play a Ronin!

Make a character. You get no Clan Points. All of your equipment is poor quality. You have no horse, you have no food, you have nothing.

Oh, and samurai treat you like crap because you’re a coward. You didn’t have the courage to kill yourself when your Daimyo died.

Playing a ronin is the modern equivalent of playing a homeless person in modern America. Yes, you can get picked up by a Clan as a sword arm, but they’ll put you in the crappiest part of the army and expect you to die quickly. You’ll have to do manual labor for food—remember the samurai cutting wood in Seven Samurai?—and you’ll be scorned wherever you go.

Those are the rules. Have fun with them.

I haven't played with an Oriental RPG setting since Oriental Adventures for AD&D.  This is tempting, even if it is just for the good read.  At 5 bucks, its a steal.
Posted by Tenkar at 8:29 PM

Email ThisBlogThis!Share to TwitterShare to FacebookShare to Pinterest
Labels: blood and honor, Reviews