Indiegogo - Dwarven Fiasco: An Adventure for 5e and OSR 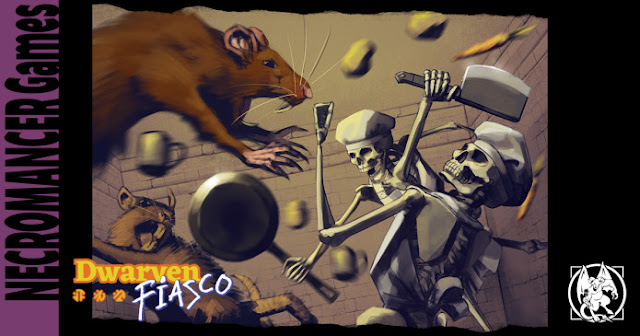 A dwarven lich has taken over the Temple of the Mountain. What the heck is a dwarven lich?!

So, what is Dwarven Fiasco?

A location-based adventure for a party of Tier 2 5e characters or 4–6th level OSR characters.

High in their cliff face temples, the dwarven sages watched the plague roll in from the west. They pooled their resources to defend the dwarven lands. Just as their great ritual was coming to an end, stray light from a distant star streamed in through the mighty pillars and pierced their magic circle.

Dwarven Fiasco is 12 bucks in PDF and 25 in Print plus PDF (international orders are POD).