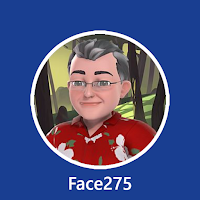 Like most of us, and I know this is an assumption, I'm not just a single type of "gamer". This week a couple of new console games came out, most notably Far Cry 6 and Back 4 Blood. Now I know there are a few "I don't give a damn" eyerolls at the very mention of computer/console games, but years ago my console and RPG gaming circles overlapped, and one of the big overlaps was Left 4 Dead/Left 4 Dead 2.

Now I've been hearing that Far Cry 6 is just more of the same, for good or bad and Back 4 Blood, which I purchased, is technically is an all new game. I say technically because the creative team behind the game worked together on the Left 4 Dead games and damn, does it feel like a difficult, updated version of those games. Since it is a different game/series, the zombies are not necessarily zombies, more like a zombie-like plague or some such called the "Ridden".....I think it's a parasite. The special Ridden have new names and I keep wanting to call them by the closest L4D equivalent.

Anyway I know this is a long intro, but basically I got this new game and really wanted to link back up with the old console gaming group and once again kick some zombie Ridden ass.

So I did reach out to one guy I'm still a Facebook friend with to see if the rest of the guys still game.....I kind of dropped out when the Call of Duty games when "futuristic" and I refer current to past-era CoD games. I think I'm the only one who got the pre-order.

TL;DR I need "friends" to play Back 4 Blood with online. 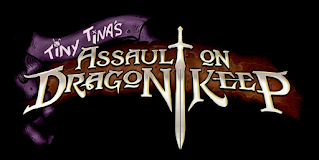 Now I have a different console gaming/friends group for a different game......the Borderlands series. I'm a huge fan of all the games but one of my favorites was a DLC for Borderlands 2 called "Tiny Tina's Assault on Dragon Keep"

Now if you haven't played this game or the DLC, the whole thing is essentially a game-within-a-game. Tiny Tina was a ancillary character in Borderlands 2 that is a little "explosives happy" and a lot deranged. In the DLC she is running a table-top game of "Bunkers and Badasses" that is an over-the-top homage to D&D. It's a great fusion of two disparate games, with plenty of puns and adult-ish humor tossed in.

My problem is that my circle of friends that play Borderlands are on the newest game and its DLCs, and you can really only play Assault on Dragon Keep so many times (odds are 3x per character).......

....unless you manage to pick up a copy of Bunkers & Badasses. Yep, the folks at Nerdvana Games is flexing the mashup the other way. I purchased a pre-order and while, like pretty much everything these days, production is running behind, allegedly the game has been produced and is on it's way to the fulfillment center for a mid-October arrival.

With any luck I will again get a couple of my gaming circle to align!

Posted by Christopher Stogdill at 1:58 PM