Historical Setting Sale - DTRPG - Up to 40% Off - Tavern Picks

There is a Historical Setting Sale over at DTRPG. Some are settings and some are core rules with the setting baked in. As I type this, there are over 3 days left in the sale. 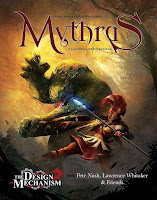 Mythras - the game formerly known as RuneQuest - Mythras is the new name for an older game, but while the name might have changed, the system remains the same, but presented in an updated format with new interior artwork and layout design, along with some new content (Special Effects, small tweaks to the rules, and Spirit Combat Effects). In fact, we've managed to pack more into a smaller space, and reduced the price accordingly. For those new to the game, Mythras is a percentile system. In Mythras your characters are defined by their culture, career, community, background, comrades, skills, magic and cults. Progression is through skill advancement – not levels or similarly abstract concepts. As your characters adventure and quest, their capabilities improve and their relationships deepen and strengthen. Players and Games Masters have complete flexibility over what can be achieved, and the way characters develop is entirely dependent on choices players make, depending on their characters’ aspirations and motivations.  6.99 to 4.19 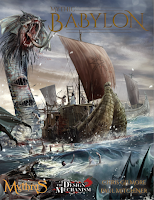 Mythic Babylon - a setting for Mythras - Mythic Babylon is a role-playing supplement for the Mythras game system. It provides everything you need to take your Mythras game back to the 18th century BC and enter a world of cut-throat diplomacy, Machiavellian politics, and ecstatic prophets. Within these covers you'll find information on the society, culture, religion, trade, laws, and beliefs of Old Babylon and the surrounding lands. The setting is presented as a sand-box with a wide-ranging gazetteer of places to explore, each loaded with plot hooks. For those who like to play against the backdrop of history, we provide a timeline of past and near future events. A bestiary and a chapter for game masters rounds out the end of the book. This book contains everything you need to create adventures in the lands of Sumer, Akkad, and Subartu from the low lying Eden to the Cedar Mountains and even into the Underworld. Follow in the steps of kings like Gilgameš, Kubaba, or Hammurabi in this mythological and historical setting that was nearly 4000 years in the making.    17.99  13.49

Wolves of God: Adventures in Dark Ages England - Kevin Crawford is always a winning choice - Wolves of God is an old-school-inspired historical fantasy game from the maker of Stars Without Number and Godbound. Set in 710 AD, PCs take up the roles of daring English adventurers: brave Warriors, holy Saints, and sorcerous Galdormen all setting forth to brave the savage wilds of post-Roman Britain. Whether plundering ruined caesters, delving into the bewitched halls of ancient Roman Arxes, raiding the cattle of rival lords, or helping holy abbots in need of strong arms, the heroes will plunge deep into the savage past of this half-conquered island. 19.99  11.99 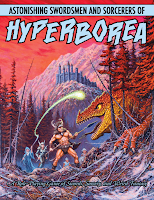 Astonishing Swordsmen & Sorcerers of Hyperborea (Compleat Second Edition) - for the handful that haven't encountered AS&SH yet - a sword-and-sorcery role-playing at its pinnacle. Play an Amazon fighter, Atlantean magician, Esquimaux shaman, Hyperborean warlock, Ixian necromancer, Keltic barbarian, Kimmerian cataphract, Pictish thief, Viking berserker, or one of many other possibilities. The heroes of a HYPERBOREA campaign delve the mazes and labyrinths of vast dungeons filled with horrifying monsters, lethal traps, and bewildering puzzles. They explore savage frontiers, breach hostile borderlands, probe ancient ruins, and investigate cursed tombs. They plunder for treasure and magic in a decaying world inhabited by bloodthirsty beasts and weird, otherworldly beings. Now in its second edition, AS&SH™ has been expanded to include new classes, new spells, new monsters, new magic items, and more! It also includes a new, full-colour map, an introductory town and adventure, as well as hundreds of new illustrations! This new edition is backwards-compatible with the original edition of the game.  19.00  11.40

Solar Blades & Cosmic Spells - simply a fun setting - a rules light, Star & Sorcery Role Playing Game with an Old School spirit. This is a complete Role Playing Game, inspired by the Old School Renaissance, the Pulp Literature and the many Science Fantasy stories brought to us by movies, comics and games. Based on the Sharp Swords & Sinister Spells RPG, this game system provides players and Overlords (that's how we call the GM in this game) a set of flexible and streamlined rules, as well as an array of tools to make gameplay fast and fun, allowing them to have exciting adventures with solar blades and cosmic spells!
14.99  8.99