State of the Tavern - Which Comes First, The Podcast or the Livestream or YouTube? The Blog! 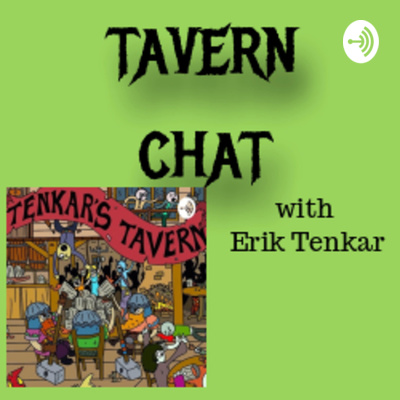 So, before tonight's Iron Rations LiveStream with JoetheLawyer (and Matt & Mike), Joe tossed out the idea that I should consider ditching the Tavern Chat podcast and move to just doing the Tavern's YouTube Channel. Thankfully, Joe didn't suggest that I ditch the blog ;)

What I AM thinking of doing is recording Tavern Chat as a video initially, sharing it to YouTube, and then upload the audio to the podcast side of things. From the podcast side of things, little if anything would change. Same content, same show. On the YouTube side of things though, it would do away with the generic static image that is generated when the podcast gets converted to video. Instead, you would get my lovely image 7 days a week, in addition to my voice.

It would be a small amount of extra work on my end, but it might just be worth it for those that prefer using YouTube.

As an aside, I'd like to thank the recent subscribers that put the channel over 300 subs. We truly appreciate the support.

In any case, that's the current thought. If you have feedback or suggestions I'd be glad to have it.

You can catch the daily Tavern Chat podcast on Anchor, YouTube,
or wherever you listen to your podcast collection.
Posted by Tenkar at 12:38 AM