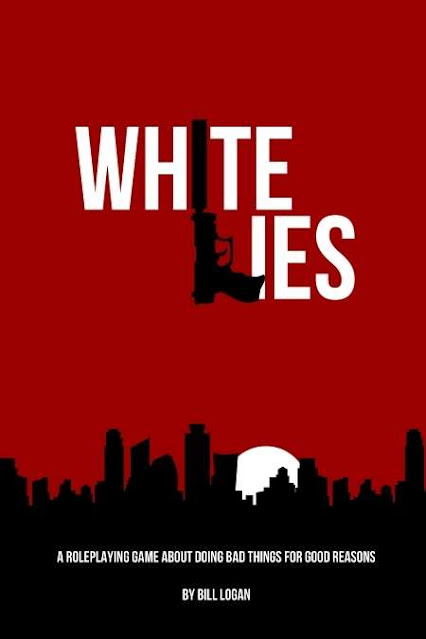 Swords & Wizardry White Box has become the preferred ruleset of many looking to hack an OSR ruleset into different genres. Sci-fi, Cthulhu mythos, and others have hacked the rules. Heck, my own Swords & Wizardry Light was itself a teardown of the White Box Rules.

Based on Swords & Wizardry WhiteBox, White Lies brings all the simple elegance of WhiteBox out of the dungeon and into the realm of espionage and paramilitary action and adventure! The digital purchase includes character sheets (both class-specific and blank) and a small Admin toolkit called Echo Team, containing a team of pre-generated level 1 agents for you to use as NPCs or quick players characters.

This product is not affiliated with Covert Ops, our d00lite espionage RPG, though it captures much of the same feel and has some of the researched and developed content repeated or adapted from that product.

Tip of the hat to the Taverner that emailed me the above heads up :)