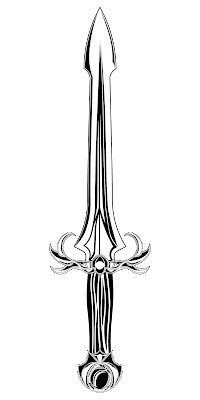 So, I've been working on tables to randomly generate magic weapons, because cookie-cutter magic is boring and not magical ;)

While working on the tables, it occurred to me that weapons created by dwarves would be enchanted via a different method than those of men, or elves.

These basic assumptions are helping to flesh out the item generation lists, the first of which I hope to share with you tomorrow.
Note: artwork copyright John Buckley, used with permission.