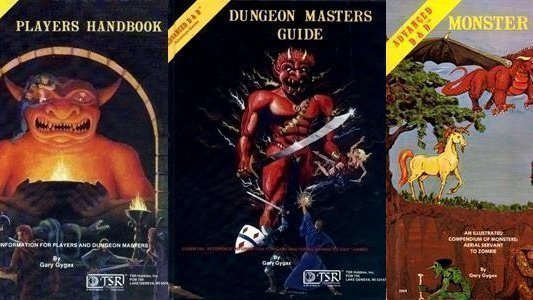 Wizards of the Coast recently added a disclaimer on all of its "Legacy Products", including all of the previous games published by TSR inc.  declaring that those products were supportive of racial, ethnic, and gender-based prejudice and stereotypes.  The exact statement is below:

"We (Wizards) recognize that some of the legacy content available on this website does not reflect the values of the Dungeons & Dragons franchise today. Some older content may reflect ethnic, racial, and gender prejudice that were commonplace in American society at that time. These depictions were wrong then and are wrong today. This content is presented as it was originally created, because to do otherwise would be the same as claiming these prejudices never existed. Dungeons & Dragons teaches that diversity is a strength, and we strive to make our D&D products as welcoming and inclusive as possible. This part of our work will never end".

This disclaimer makes a statement of fact argument, and therefore paints all of the writers, editors, artists, and consumers of those products as supporting those prejudices, stereotypes and bigotry.  This statement by Wizards of the Coast opens the possibility for the players of these "Legacy Products" to face ridicule, and face the labeling as "bigot", "racists", "misogynist", and worse.

It is with that concern in mind that those that sign this petition request that the disclaimer statement be removed.  Secondly, that an apology be issued to the previous employees of the company, or companies that produced those products.  Finally, an apology be made to the to the "Legacy Consumers and Players" who have been supporting the Dungeons & Dragons franchise for over 40 years. 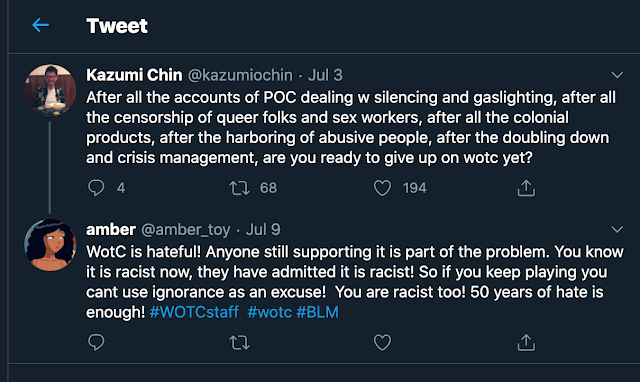