Some Free & PWYW Titles to Distract You During "Self Isolation" Time

Corona Virus 19. It is shutting countries down. We are self-isolating. We need distractions and I have some. They are all free or PWYW. Let's peek, shall we? 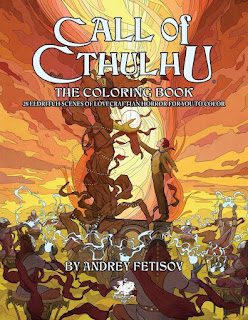 Dear members of the Chaosium tribe,

Many of you - like us - may be staying put at home over the coming weeks. We're all in this together, and to help keep spirits up and minds occupied, the Chaosium team is working on some fun and engaging diversions we can enjoy while staying in, working-from-home, in quarantine, or in self-isolation.

To start things off at #homewithchaosium, we've made the Gold ENnie award-winning Call of Cthulhu the Coloring Book available as a free download (FREE)

While away the hours in lockdown coloring an amazing array of scenes, with striking images from H.P. Lovecraft’s stories­—and the Call of Cthulhu RPG his imagination inspired (Horror on the Orient Express, Masks of Nyarlathotep, The Fungi from Yuggoth and more). 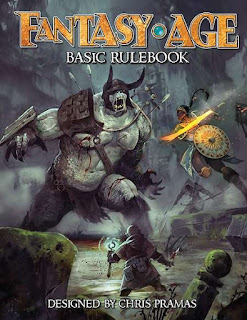 This is the game played on Wil Wheaton’s new tabletop RPG show, Titansgrave: The Ashes of Valkana. 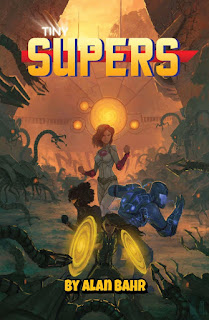 Tiny Supers (PWYW) is the newest iteration of the minimalist roleplaying system TinyD6! Powered by the TinyD6 engine, with streamlined mechanics that utilize only one to three single six-sided dice on every action, characters that can be written on a 3x5 notecard, and easy to understand and teach rules, Tiny Supers is great for all groups, ages, and experience levels who want to enjoy fast and accessible superheroics! Characters are created quickly, with a simple power selection system designed to be fast, inuitive, and easy to understand. 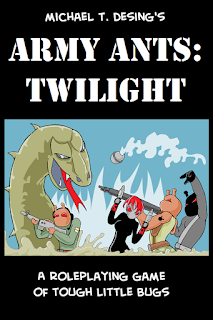 another game set in a world of rampaging mutants, and the coolest elite military unit comic of all time?

Michael T. Desing’s Army Ants: Twilight is two things: first, it’s an ongoing narrative about a group of ants at the end of the Ant/Wasp War, © Michael T. Desing. It is also a roleplaying game for two or more players, released under the Open Game License.

As a reader, you will hopefully decide to follow the exploits of a team of army ants on their greatest, and possibly final, adventure.

As a player, you will take on the role of an army ant or an allied bug, traversing the wilds. You will join with a team of other bugs to overcome the challenges that the referee places before you. You will use these rules, an assortment of dice, and your imagination to craft a shared tale of your adventures. 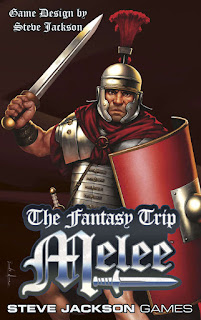 The Fantasy Trip: Melee - A classic game of fantasy combat. Create characters in just a few minutes – then send them into the arena. Winners become stronger and faster for the next battle. Losers die.

Each counter in this fast-moving game is a single warrior. Players choose weapons and tactics for their fighters and send them into combat against men, beasts, or monsters – to victory, or death.

This is the basic combat system for The Fantasy Trip.