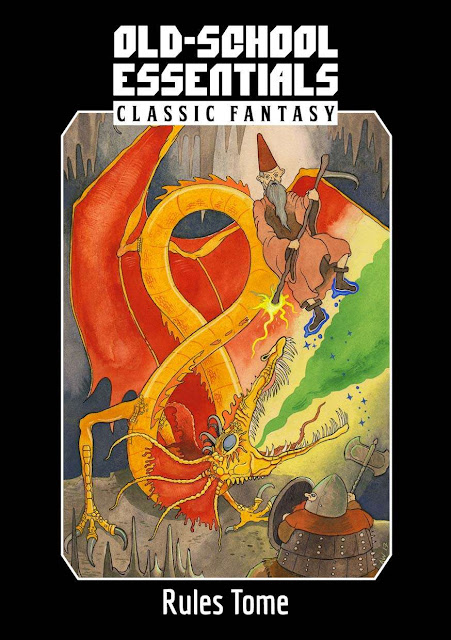 We've been using the Old School Essentials rules in Tim Short's Monday Night game for the past year or so. Well laid out, beautifully edited, you aren't going to be surprised by anything new. Instead, they will fit like a pair of well-worn gloves coming right out of the box.

Today's Deal of the Day happens to be those same rues -  the Old School Essentials Classic Fantasy: Rules Tome. Normally 20 bucks in PDF, until tomorrow morning you can snag them for a mere 10 bucks.


Old-School Essentials is an adventure role-playing game of exploration, danger, monsters, and magic. The game is intentionally rules-light, putting the focus of play on imagination, improvisation, and fun. The rules are optimised for ease of use at the table, with meticulous attention to wording and layout clarity. What's more, Old-School Essentials is 100% compatible with the classic Basic/Expert game from 1981, meaning that decades of adventure are at your fingertips!

A Complete Game All in One Book

The material in this book forms a complete clone of the classic Basic/Expert game, including all rules, classes, spells, monsters, and magic items.

Yep, that is an affiliate link above. Keep your bartender in Kleenex and Nyquil by using The Tavern's affiliate links.
Posted by Tenkar at 4:11 PM