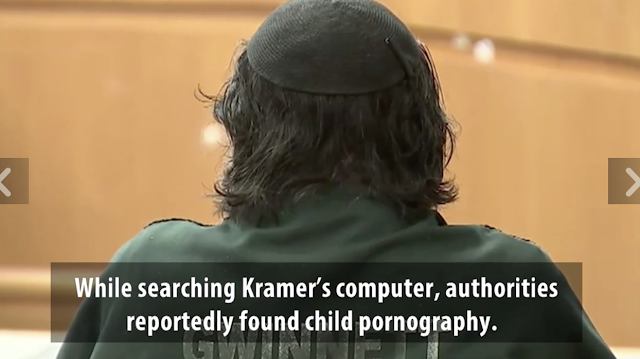 According to WSB-TV, Ed Kramer, one of the co-founders of Dragon Con, a massive sci-fi and fantasy convention in Atlanta, was helping private investigators TJ Ward and Frank Karic look into accusations that someone hacked Gwinnett County Judge Kathryn Schrader's computer.

Now, they're all charged in the case.

Thomas learned the Georgia Bureau of Investigation issued a warrant against Kramer shortly after 4 p.m. Monday on one felony count of child pornography.

Two hours before, Thomas sat in court as Kramer tried to get bond on one of his other cases, insisting he had just been sitting at home, obeying the law.

With an oxygen tank attached to his wheelchair, Kramer described to a judge his urgent need for getting out of jail for an upcoming spine surgery.

“We will be here; we will be at every court appearance. He is not going to reoffend,” defense attorney Stephen Reba said.

Authorities said they found five more images on the computers they say they seized as they investigated Kramer’s role in the hacking of the Gwinnett County courthouse computer system.

“I was not surprised when I was notified that there was child pornography on his computer," Gwinnett County District Attorney Danny Porter told Thomas.

In 2013, he entered a plea to child molestation and was given five years of house arrest.

Just after clearing that, he was charged with illegally taking a picture of a boy in a Lawrenceville doctor’s office.

As police searched his computers after that arrest, they say they found evidence Kramer, Schrader and Ward hacked into the county's computer system. All three, plus a fourth man, now face criminal charges.

“One wouldn't have happened without each other, but they are essentially unrelated,” Porter said.

The judge delayed any decision on Kramer’s bond Monday. He'll now have even more to consider.

“It's certainly not the end of the investigation,” Porter said.

Kramer is due in court Thursday, when the judge will take another look at the bond issue.
Posted by Tenkar at 2:53 PM