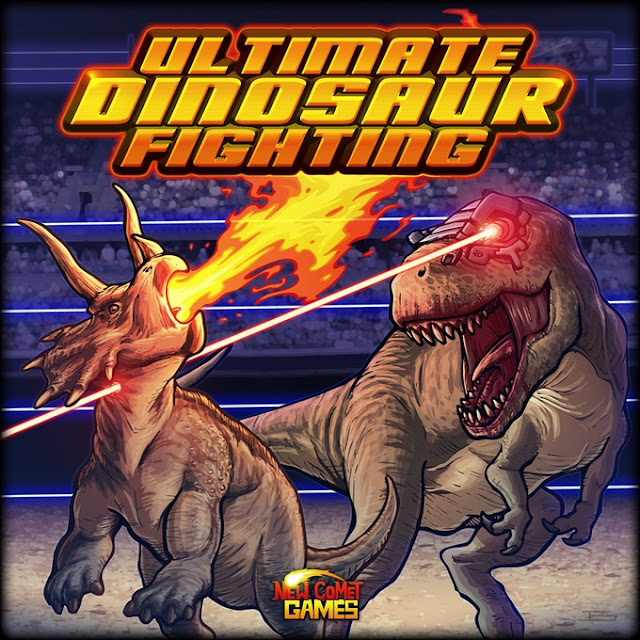 "A tactical Battle Game of Dinosaur Pit Fighting in the future. And Triassic Terror, the first expansion for Ultimate Dinosaur Fighting!"

Every year I hear Ben Burns is running a tournament of Ultimate Dinosaur Fighting at NTRPG Con and as of now, I've yet to play a session. I can only blame myself for that omission. I've heard only good things from those that have played and I have spoken with Ben about many a topic, from gaming and beyond - but never Ultimate Dinosaur Fighting. Damn it, he's been dodging me ;)

Now Ben brings us Ultimate Dinosaur Fighting 2nd ed as well as an expansion. Let's take a peek, shall we?


Step into a world where you control these ancient beasts where every stomp of the foot, twitch of the tail or flap of the wings could be their last. The game is easy to learn, fast-paced, quick to set up, has a high replay value, and is just great fun.

You can play one-off scrimmage battles, a series of battles in a tournament setting or use our campaign rules to run a stable of dinosaurs through an entire league season. You can add in Mutations, Tech Upgrades and Training to ready your prized prehistoric gladiator to take on any beast in the pit.

Ultimate Dinosaur Fighting is a miniature board game for 2-6 players with a playtime of 30-45 minutes, no downtime and no player elimination.

This is the second edition version of the game, with minor tweaks. We've upgraded the victory point tokens to a victory track and fully overhauled the artwork for the box, board, cards, counters, everything.

Oh my. Look at those minis. I may need to get this to play with my niece :) 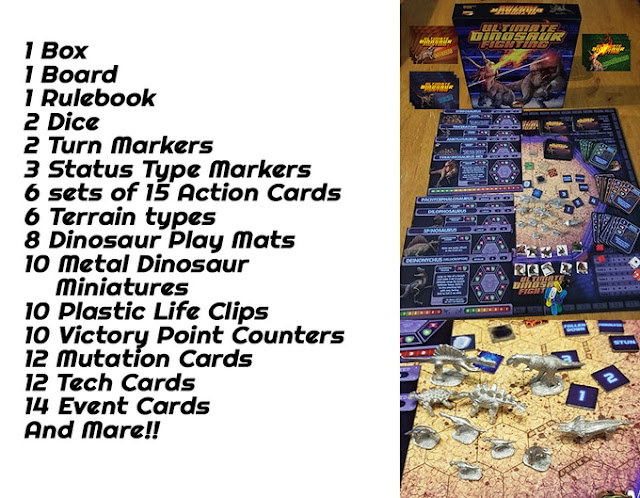