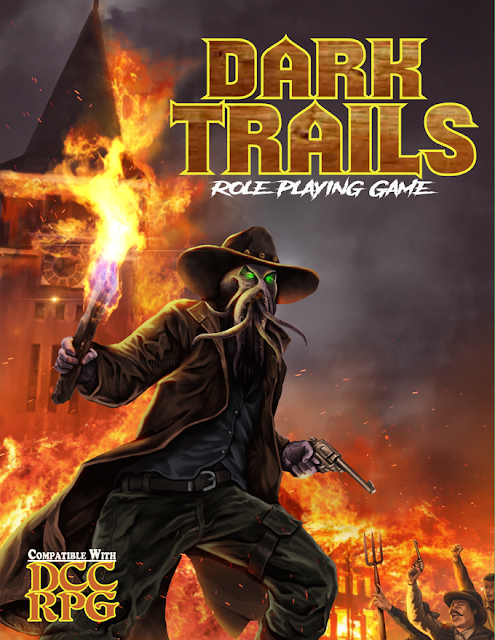 Oh my f'n God. It is finally here!

David Baity's Dark Trails RPG is funded on Kickstarter in 3 hours. Yep, the 12k goal has been surpassed and then some. Now it's stretch goals time.

I've been waiting for this for a long time. Shit, my beer koozie gets constant work ;) 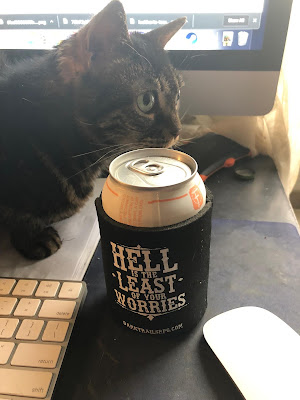 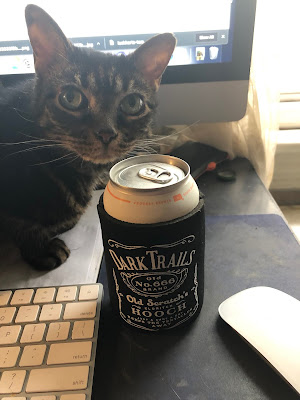 So, what is the Dark Trails RPG about?


The Dark Trails RPG is a game which pays homage to the popular weird West genre.  It can be used as a standalone game or as the perfect complement to a growing line of products that all utilize the rules found in the Dungeon Crawl Classics (DCC) RPG. As a player, you’ll find a wealth of material that allows you to assume the role of one of 11 unique classes, with descriptive names like: the Calavera, the Bedlamite, and the Sin-Eater. As a Judge, you’ll find over 400 pages of material giving you a wealth of resources for designing and running fantastic adventures set against the haunted landscapes of an unforgiving weird West.

You may be wondering about the above mentioned game that Dark Trails is tethered to. Dungeon Crawl Classics is a Fantasy RPG written by Joseph Goodman of Goodman Games. Since debuting in 2012, the book has gone through seven (7) printings and spawned a wonderful community of passionate gamers both new and old. DCC continues to grow by leaps and bounds by way of exciting adventures penned by some of the best writers in the industry, including third-party publishers using the system to fuel their own creative fires.

Fortunately, the Dark Master (Joseph Goodman) has granted permission to include a modified version of the DCC ruleset within the pages of Dark Trails to make it the first 3rd party published work to include the necessary rules for play. You don’t need anything other than the Dark Trails RPG to play the game aside from some dice, paper, and pencils.

Some of the DCC rules were purposefully left out when weighed against their place in a weird West setting, but these omitted rules can easily be added to Dark Trails should you own a copy of DCC and wish to include them.


Dark Trails begins near the end of the American Civil War. The mass casualties and tragedy that accompany the war are being used to fuel a series of rituals with the intent of awakening a pantheon of sleeping gods, who were banished as a result of losing a war against mankind and their Celestial allies during a time before recorded history.

Only one of these Elder Gods would escape the eternal slumber and exile exacted upon his kin through magical rites. Nyarlathotep was wise to the coming war with the Celestials, knowing the primal chaos that is stitched into every cell of an Elder God would prevent them from forming a united front in time to beat back their human slaves and their meddling allies. Rather than fight a losing war, Nyarlathotep escaped to the safety of the Dreamlands with a powerful artifact in tow—the Necronomicon—an ancient grimoire that might one day provide the means to awaken and free his kin from exile.

Several centuries after the departure of the Celestials, Nyarlathotep re-emerged to walk amongst countless generations of mankind, waiting for times of great strife to gift the ancient tome to those foolish enough to attempt the rituals within. Famines, plagues, and wars all served up the required strife to fuel the rituals of unbinding found within the Necronomicon, but with each attempt a secret order, well-versed in esoteric history, disrupted the rites and put the cultists down in their tracks—burning the Necronomicon to a pile of tainted ashes.

Not to be deterred, each failed attempt ended with Nyarlathotep collecting the ashes of the ancient grimoire, taking it to the safety of the Dreamlands to tend, while the nigh-indestructible tome slowly reforms over several years...

20 bucks in PDF. Hardcover shipped directly to you plus PDF is $65. Limited edition HC with PDF is 85. Decision decisions...

When things calm down a bit with this on-fire Kickstarter I'll try and steal David for a Fireside Chat :)