Kickstarter - Sea King's Malice: a 5E Adventure in the Deadly Depths (and S&W too)

"A lavishly-illustrated hardcover book, with maps from Beadle & Grimm's, a host of additional resources, and much more!" 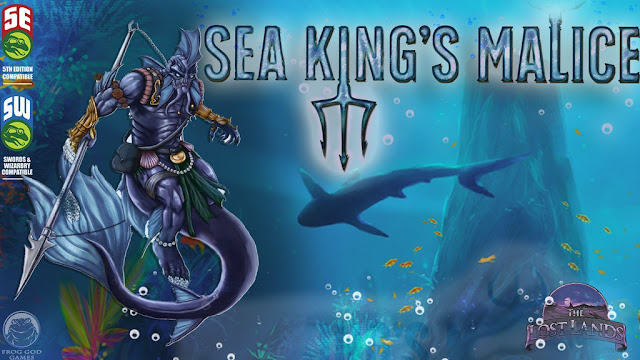 For those that don't know, Alex Kammer is the main man behind GameHole Con, held in Madison, Wisconsin each fall. He's also written a number of well-received adventures for 5e. Well, Frog God Games' latest Kickstarter is a hardcover adventure from none other than Alex Kammer himself called Sea King's Malice.


Sea King’s Malice is a full color and lavishly illustrated 5e adventure for the world’s most popular role-playing game that takes characters on a sweeping adventure across the ocean, to previously uncharted lands, and finally down under the waves to the very depths of the sea. It is also available for the 0E Swords & Wizardry system for those preferring old-school rulesets. 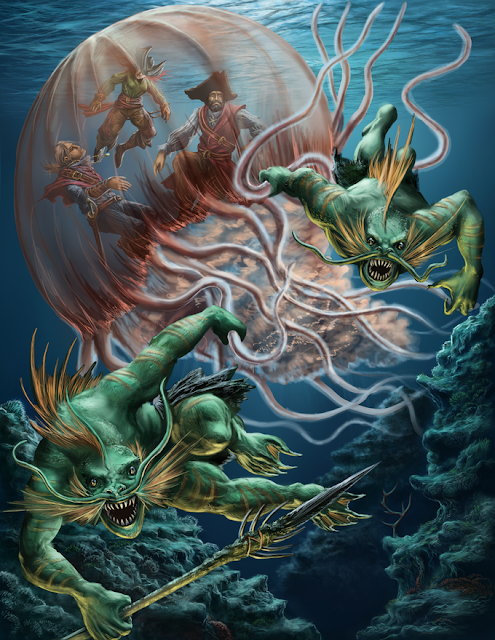 Only the most stalwart and bravest of heroes will have any chance of surviving the hazards of the open sea and the perils of other strange and yet unknown lands, both above and below the waves, as they search for clues surrounding the disappearance of the missing ship.  For in the sea-green depths a brooding menace awaits them, filled with  inhuman hatred of all things of the surface world. The adventurers’ journey will end, one way or the other, in the Court of the terrifying Sea King. This edge-of-your seat 5e adventure takes characters to level 10, and is also available for Swords & Wizardry (0e) The Swords & Wizardry version will begin at a higher level and cover fewer level advancements.

And then there are the maps from Beadle & Grimm:


Frog God Games is very proud to announce our partnership with Beadle & Grimm’s Pandemonium Warehouse. They are the premier creator of high-end tools for tabletop game masters and players worldwide. The Map Vault: Sea King's Malice is the first of a planned series of limited edition maps for gamers everywhere.

As grizzled veterans of the original AD&D, Alex’s tale of the Sea King really spoke to us here at Beadle & Grimm’s. The rules may be 5th Edition, but the vibe is old school in the best possible way – it strikes the perfect balance between heady role-playing, tense dungeon-crawling  and visceral, gory combat. We’ve been looking for an opportunity to try something new, so we’re very grateful to Alex and Frog God for inviting us to create a special enhancement for the Sea King’s Malice adventure – our first-ever selection from the B&G Map Vault. 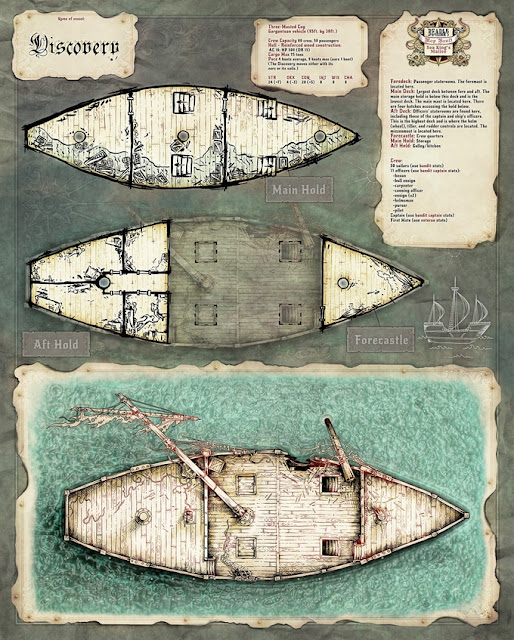 The Sea King’s Edition of the Map Vault focuses on one of the most exciting and unique elements of Alex’s story – the sailing ships. Three different ships are presented here, each on its own two-sided 24x30 map with art created exclusively for Beadle & Grimm’s. One side has the full-color detail of a ship from the adventure, while the other has blank interiors and a dry erase surface so that you, the Dungeon Master, can use it to create future adventures from your own imagination. All six battle maps are scaled and gridded for your minis, and they come rolled in a custom cartographer’s tube to keep them protected for years of future use.

Already funded and knocking down stretch goals as I write this with 28 days to go...

As most of you know, I am affiliated with Frog God Games. It doesn't make this Kickstarter any less awesome (Alex has that knack). - Erik Tenkar