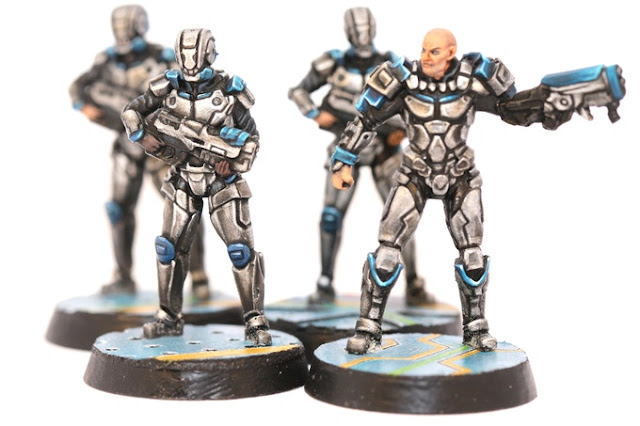 There are times I like a Kickstarter less for its core product and more for some of the additional offerings. Such it is with Era: The Consortium 5th Anniversary Rulebook and Miniatures Kickstarter. It's not that I don't like the core rules being offered in the Kickstarter, it's just that I don't play enough sci-fi RPGs to justify investing in a new sci-fi ruleset.

Then I look at the miniatures connected to this Kickstart and I realize I want them. I certainly don't need them, but I do want them.

So, what is Era: The Consortium?


Era: The Consortium is an epic Sci-Fi Tabletop RPG with 500 years of playable history.

Within this history, every sub-genre of Sci-Fi is available, meaning that you can play as colonists taming a new world, explorers encountering alien races, soldiers in a war against a hostile alien race, resistance members fighting against an oppressive government, and anything else you can think of!

The endless possibilities have opened up the Consortium to some amazing roleplaying experiences, from being a member of the Resistance, trying to restore it after the Orion Incident to time travel to change the history of the Consortium!

It's been five years since we first launched on Kickstarter. Since then, the universe has grown more than we ever imagined! With 13 expansions - each of which offers a new dimension for gameplay - three versions of the Rulebook, plus multiple sessions and campaigns released over that time, we have created a lot.

For those heavily digging sci-fi RPGs there appears to be lots of setting potential within the pages of Era. Fuck me though if I don't get continually drawn in bt the minis themselves. 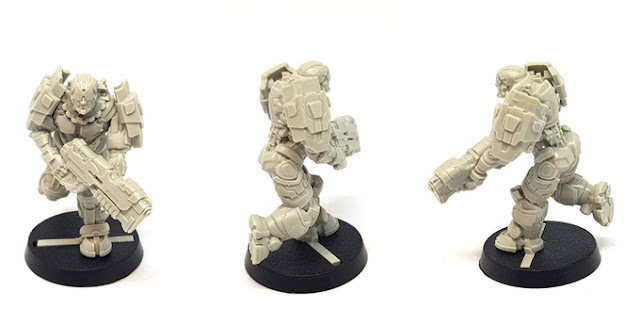 I can see these working well in Rifts, Star Wars, Traveller and the like. Tempt me not Satan, for I haven't painted a mini in over 20 years! But I might...

Neither The Tavern nor myself receive compensation for Kickstarter coverage or Kickstarter posts. Some Kickstarters are brought to the attention of The Tavern by their creators. Such communication does not guarantee coverage here at The Tavern. I do not back every Kickstarter I highlight as my wallet's contents are not limitless but I do find all highlighted Kickstarters interesting for one or more reasons - Erik Tenkar
Posted by Tenkar at 10:51 AM