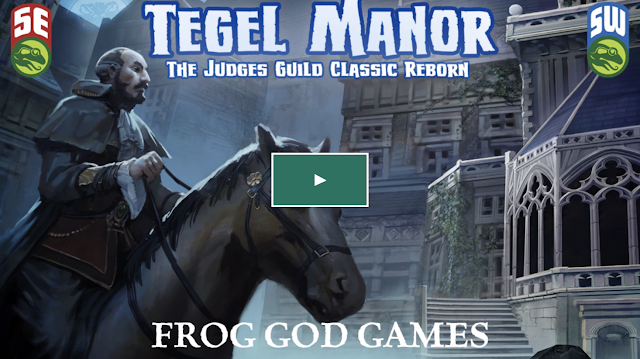 The first rumors I heard about a possible Tegel Manor Returns! Kickstarter was at North Texas RPG Con 2017. Just early rumblings. Possibilities. Potential. Later, I learned it was going to be a definite "thing". I'm very excited to say that "thing" has launched today and its damn near explosive!

As I type this, Tegel Manor Returns! launched a mere 2 1/2 hours ago. I was notified when it launched, peek from my phone and saw zero backers and zero dollars pledged. If I had been home, I could have been backer #1. Right now, it has 139 backers and over $17k raised (of a $15k goal). To say this is a huge deal is an understatement - this is going to hit numerous stretch goals :)

I'm in at $50 - Swords & Wizardry version - Print plus PDF with the six-panel poster map.

Here's some info from the Kickstarter page:


First published in 1977, Tegel Manor is the oldest of “Haunted House” adventures in fantasy roleplaying, and probably the very first megadungeon ever published. The Manor is a sprawling edifice of 250+ rooms filled with tricks, traps, puzzles, monsters, and situations both humorous and horrific. The huge manor house has been the curse of its owners, the Rump family, for generations – no matter how many times they have tried to get rid of it, the ownership manages to come back to them.

If you’ve already seen the 1977 version of the Manor, there’s a lot more for you to learn in this updated and expanded 5E (and S&W) version of the classic. This printing contains expanded descriptions of the rooms, new areas, new monsters, new magic items, and much more, all with spectacular color illustrations.

At the start of the Kickstarter, the book will be a perfect bound softcover, but if we get 250 backers purchasing an edition of the book, it will be upgraded to hardcover, free of charge!

In addition to the Manor itself, this book contains:

The Map of Tegel Manor

The map was revolutionary to gaming when it was introduced.  Our cartographer is the famous Alyssa Faden — we’ve gone all-out on quality for this project.

Alyssa Faden, map goddess and Frog God favorite, has been working on making the Sine Qua Non of Fantasy Gaming Maps. Using details from both the original and the newly written material each room now reflects the chaotic, creepy and often violent nature of the Manor. This is done at an incredibly high resolution which will keep the minute details she captures visibly pleasing when zoomed beyond what is normal in online games or projection based set-ups. 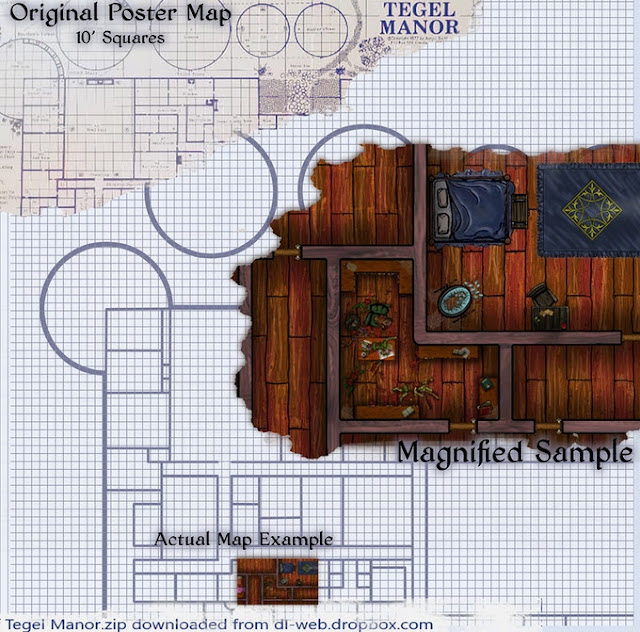 Note. I swim in the Frog Pond these days. I also pledged $50 of my own hard earned cash to back this project. THAT is how excited I am :)
Posted by Tenkar at 2:48 PM