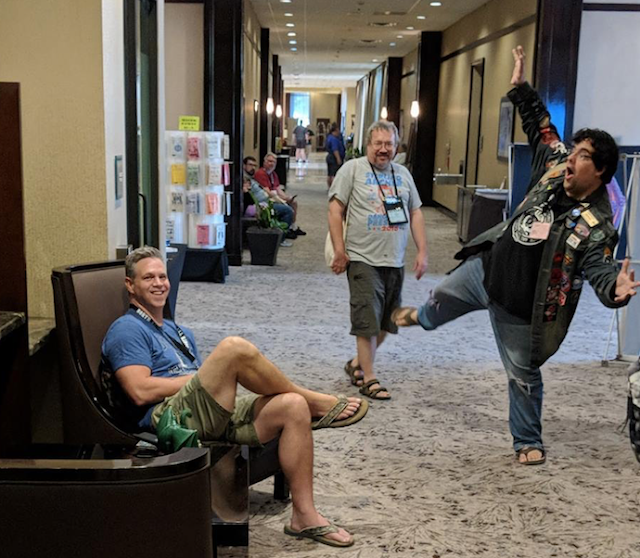 Jason Hobbs took this photo of Greg Gillespie (Three Castles Award Winner), James Spahn and myself. I specifically DO NOT endorse kicking me in the balls. It makes for uncomfortable convention appearances for yours truly ;)

Request for questions for Steve Jackson about the upcoming The Fantasy Trip Kickstarter.

A peek at Autarch's Secrets of the Nethercity Kickstarter (I have received preview material I can share here at The Tavern: https://www.kickstarter.com/projects/autarch/secrets-of-the-nethercity

A look at Vault of K'Horror A Tunnels & Trolls GM Adventure from Flying Buffalo: https://www.kickstarter.com/projects/994700393/vault-of-khorror-a-tunnels-and-trolls-gm-adventure

An update on the Gygax Memorial Fund

and more of course. The next few days will be fast and furious ;)
Posted by Tenkar at 9:08 PM